The Maroon Tribune • May 28, 2021 • https://www.maroontribune.org/2021/05/mission-green-club-boosts-awareness-of-environmental-concerns-with-art-contest/ 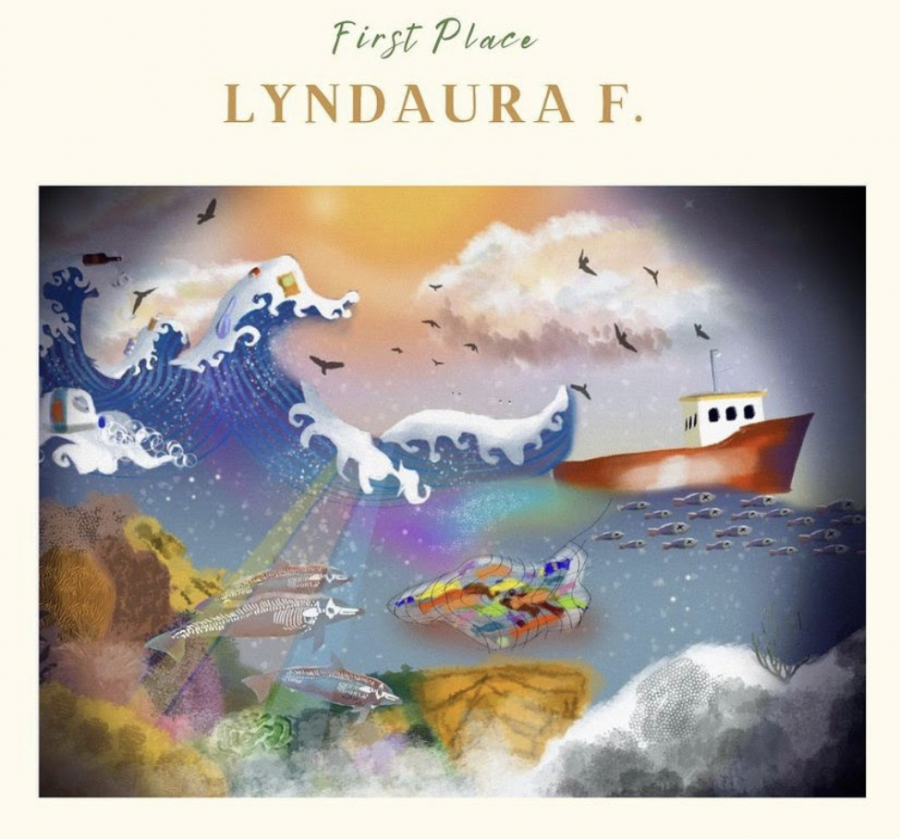 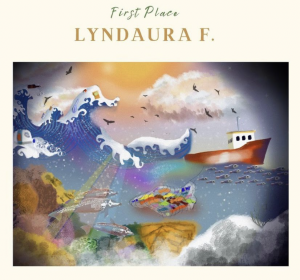 DMAE’s Mission Green Club has had a busy year of events.

Most recently, members hosted a Mother’s Day “Sip and Paint” fundraiser for which participants painted a nature scene reminding them to take care of the earth. The club hosted a guest speaker from the Bergen County Sunrise organization to encourage environmental activism, and it posted a plant showcase on its Instagram account. However, members were most proud of the splash of creativity they added to the agenda at the start of 2021, an art contest.

On January 13, 2021, Mission Green teamed up with DMAE’s Make-a-Wish Foundation to introduce an art contest.

“It’s amazing how proactive the club is thanks to the minds of its creative leaders. It’s difficult to connect to others in these times, but the art contest was an extremely interesting way to boost participation and spread awareness,” club advisor Silvy Guevara commented. 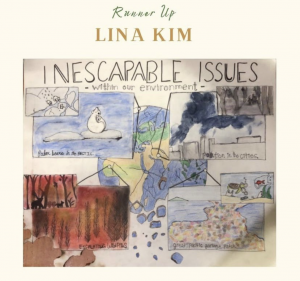 With a $5 entrance fee, contestants had to submit a short explanation paragraph and create an art piece that depicted one of two topics: a scene showing how they personally perceive nature or one of an important environmental issue.

“Since we can’t sail out to the Arctic and show people the thousands of endangered polar bears suffering, or travel to the forests in California that were consumed by wildfires, it is hard for anyone to truly recognize the severity of our environment’s distress,” said junior Sharlene Bergentinos who is co-president of Mission Green.

That’s why club members came up with the idea of an art contest to show these realities.

There were approximately a dozen submissions and winners won a variety of prizes. In first place for her piece on ocean pollution, freshman Lyndaura Freitas received a sustainability journal, tote bag, and reusable straws; freshman Lina Kim came in second for her collage of worldwide issues such as wildfires and overcrowded landfills.

“The importance of raising awareness reminds people that these issues don’t just disappear if they’re not seen; it is imperative for people to realize these issues are real and be encouraged to make a change,” said junior Julie Jang, the club’s passionate vice president.

By reaching even a handful of the DMAE student body and Englewood civilians, both Mission Green and Make-a-Wish gained publicity and accumulated funds for a greater cause. Proceeds helped Make-a-Wish adopt sustainable packaging for its Instagram fundraiser, Wish Closet.

This work is a reminder to all that the goal is to continually strive to make the world a better and more sustainable place.