Why One State is Dominating Vaccine Roll Out 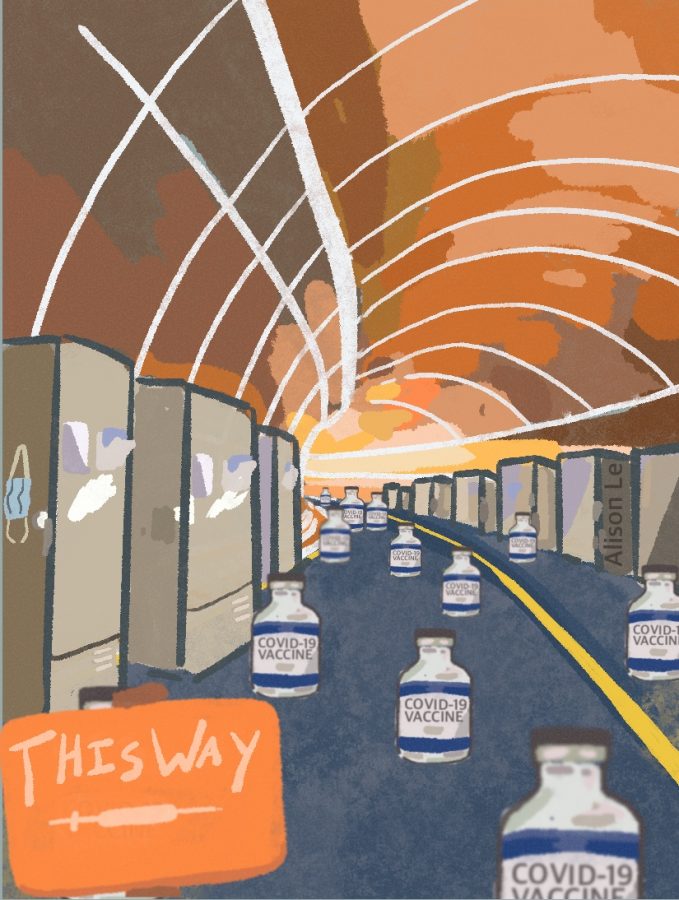 As corny as it would sound in virtually any other situation, the arrival of the COVID-19 vaccines has illuminated a light at the end of the tunnel. We know from leading epidemiologists that vaccines alone will not end the pandemic, but to most Americans, the very availability of the vaccine spurs a collective sense of optimism that will help us reach the other side. Despite this catalyst of confidence, initial data for the distribution of the vaccine is not as positive as many may have hoped.

We keep getting stories that discuss the malfunctioning of refrigerators, as well as other failures to keep the doses at the required sub-negative 100 degrees Fahrenheit temperature. These anecdotal headlines certainly inject fear into the psyche of any American who is concerned with the slow distribution of the vaccines. However, would one be correct to suspect that the seemingly sluggish immunizations are due to a systemic problem, rather than a collection of stories about the imperfections of technology? The answer is yes. Here’s why:

When Pfizer, along with other companies, announced that they had completed the development of efficacious vaccines, almost every state (49 out of 50) banded together and signed a federal contract with CVS and Walgreens. This agreement effectively transferred authority to these companies to manage the vaccine facilitation for long-term care and assisted living facilities. The only state that did not sign the contract is currently dominating the nation in terms of vaccine distribution. That state is West Virginia.

West Virginia is a small, rural state of about 1.8 million people, including a large elderly population. They are ranked as one of the poorest and most infrastructurally depleted states. It is comprised of rocky roads, mountains, and a dispersed population that is not very accessible. These are traits of a state that one typically believes would encounter more problems with the vaccination of their populace in comparison to more metropolitan states. The data we have so far disintegrates that notion.

As of the writing of this article, reports suggest that West Virginia consistently uses over 90 percent of its delivered doses within days of federal government transfers. The Centers for Disease Control ranks them on top in terms of vaccinations per 100,000 people. In an interview with CNBC, West Virginia Governor Jim Justice announced that his state is the first in the nation to vaccinate “all of our nursing home residents and staff.” Governor Justice directly attributes West Virginia’s success to the fact that his administration “pivoted away” from signing the federal contract with CVS and Walgreens. He further explained that his state utilized the National Guard to the fullest possible extent and that those primarily in charge of the inoculations have been just 250 small, independent stores. This is important to note because, instead of massive chain entities such as CVS and Walgreens conducting the management, those in charge are locals who are genuinely familiar with the population they are dealing with. This builds an immense sense of trust, and is a significant testament to how a bucolic state without many pharmaceutical chain stores and barely any federal subsidies is doing so well.

As a nation, we must remain vigilant in the midst of many states not performing as well as others. The total death count is already past half a million, and vaccines alone will not significantly slow that down at the current rate of distribution. Please continue to wear a mask and take caution whenever leaving the home. Let us not allow this to become the “new normal”; let us get to the other side of this.