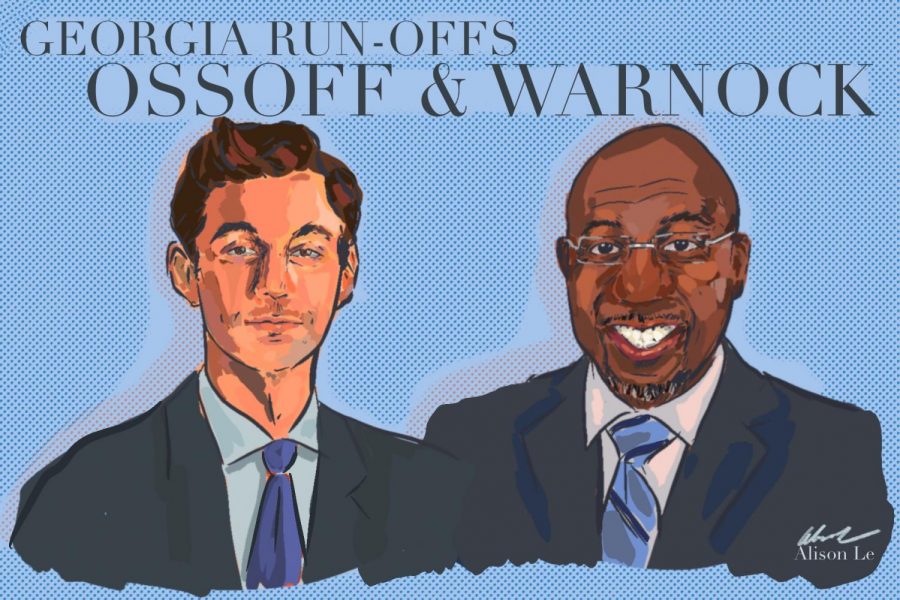 Yes, Joe Biden won, but since news networks projected the race for the now-President-elect on November 7th, Georgia has become the epicenter of political focus. Why you ask?? Despite President Trump’s ongoing legal challenges to overturn the results, Georgia’s two Senate runoffs have become the hawk-eyed mission for America’s two major political parties. The two separate races will have Democrat Jon Ossoff challenging Republican incumbent Senator David Perdue, and Reverend Raphael Warnock vying for Republican Senator Kelly Loeffler’s seat. Loeffler was appointed to her seat by Georgia Governor Brian Kemp after the resignation of John Isakson. These two races are considered to be some of the most consequential in U.S. history, as the victors will determine control of the Senate, hence the record-shattering $440 million+ in spending.

The contest between Perdue and Ossoff was not expected to go to a runoff prior to the election. Perdue’s incumbent advantage made his team confident that he would surpass the 50% threshold to avoid a runoff. Unexpected Democratic gains in the suburbs surrounding the Atlanta-area, along with a surprising 2.3% vote total for Libertarian candidate Shane Hazel, made this runoff possible. However, Democrats shouldn’t feel too confident: the 100,000 vote margin Perdue earned on Election Day will be difficult for Ossoff to fend-off. This race gained a surge in media attention after Senator Perdue refused to participate in a debate with Ossoff, who was met by an empty podium. Ossoff flippantly tweeted a chicken emoji in response to Perdue’s absence.

In the battle for the second Senate seat, Senator Kelly Loeffler is running to defend her seat against Reverend Raphael Warnock. In the November election, Warnock held a seven point lead over the incumbent senator, but just weeks from the runoff election, Warnock is in the lead with a mere 1%  difference. During their recent debate, the COVID-19 vaccine, along with President Trump’s refusal to concede the presidential election, were among the many topics they deliberated that have stirred public controversy. Just one Republican win would keep the Senate under Republican control for at least the next two years. Yet, if both Democratic candidates manage to secure seats, the Senate will be tied. However, when there is a 50-50 split for a bill, Vice President-elect Kamala Harris, a Democrat, would have the deciding vote, effectively giving the Democrats the Senate majority. In neither the Ossoff vs. Perdue race, nor the Loeffler vs. Warnock race, is there an expected outcome!

The runoff elections are scheduled to take place on January 5th, 2021. So, far there is no clear result in sight. However, it is certain that the results of these races will heavily impact the beginning of President-elect Joe Biden’s term and the progress he is able to make. Whether there remains to be a Republican controlled Senate, or the emergence of a tied Senate, is yet to be known. The polls are constantly fluctuating as public opinion sways. The start of the new year will have the nation on its toes.