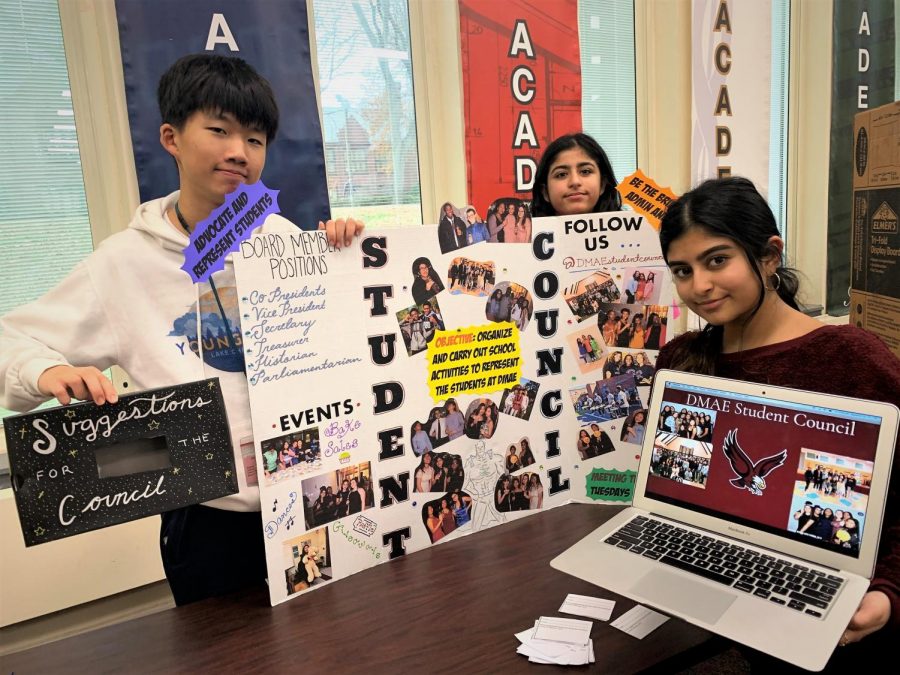 On November 22,  2019, DMAE’s Student Council proudly hosted this year’s Club Fair in the south building Common Area during all three lunch periods. The Club Fair is a chance for students to explore what Clubs are offered, as well as a way for Clubs to recruit new members.

“I didn’t realize how many Clubs were actually at our school,” junior Saki Kogawa said. “I think the Club Fair is a nice way for everyone, especially freshmen, to get a bearing on how many resources we have,” he said.

The Club Fair including more than 30 tables, each decorated to show off Club highlights and motivate people to join. 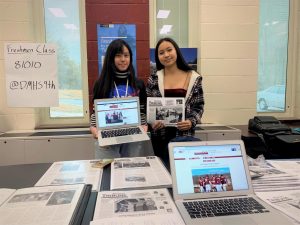 During the Club Fair, some club members told stories of their talents. One prime example was the Robotics and TSA Club, and members proudly drove their remote control robot right in the Common Area. Robot 4328 was a sight for all to see as it managed to pick up colorful blocks and avoid obstacles. Another sight was the green of Mission Green. The stand, decorated with plants, reminded people to be kind to the environment.

“I visited a lot of the tables to look around and a lot of them looked very nice. The tables had many decorations that made me want to join,” junior Gabby Fiallo said. 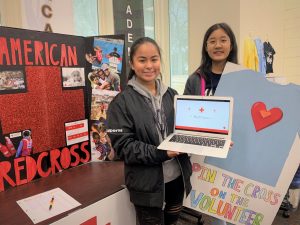 The Club Fair was designed to create interest in the student body and to promote extracurricular activities that fit different interests. Students learned that DMAE has everything from academic Clubs like Mock Trial and Model United Nations to interactive volunteer Clubs like Red Cross and Unicef, and much in between including art, newswriting, math, health, culture and even anime. There is something for everybody.