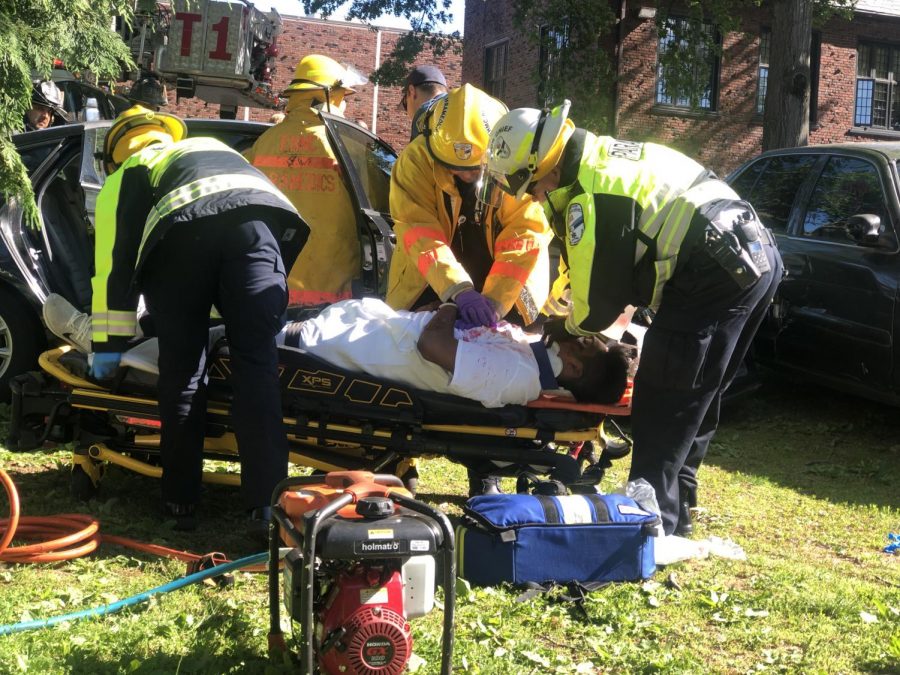 On Tuesday morning, May 21, 2019, DMAE seniors participated in a Mock Crash, an event held by the school along with other community members. The Mock Crash aimed to send an explicit reminder on the potential dangers and consequences of unsafe driving behaviors, such as drinking and driving, smoking and driving, distracted driving, and not wearing a seatbelt.

The simulation began at 8:15 AM as an announcement was made for seniors to report to the circle outside of the auditorium. The reenactment began around 15 minutes later and finished at approximately 9:30 AM where students were then ordered to enter the auditorium. From 9:45 to 10:15 AM, seniors listened to a presentation that reflected on the simulation and participated in a Q&A session.

Preparation for the Mock Crash was made months prior as Ms. Brooks provided the script for the event to all the seniors. 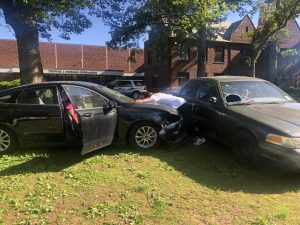 “The actual event was the first time that everyone performed together,” senior Zoe Papianni explained. “Although we may have strayed from the script, it all came together rather smoothly.”

The Mock Crash was made to be as believable as possible as emergency vehicles, specialists, and professionals cooperated in demonstrating the very real situations of dangerous driving.

“Putting yourself into that situation really scares you straight,” Zoe reflected.