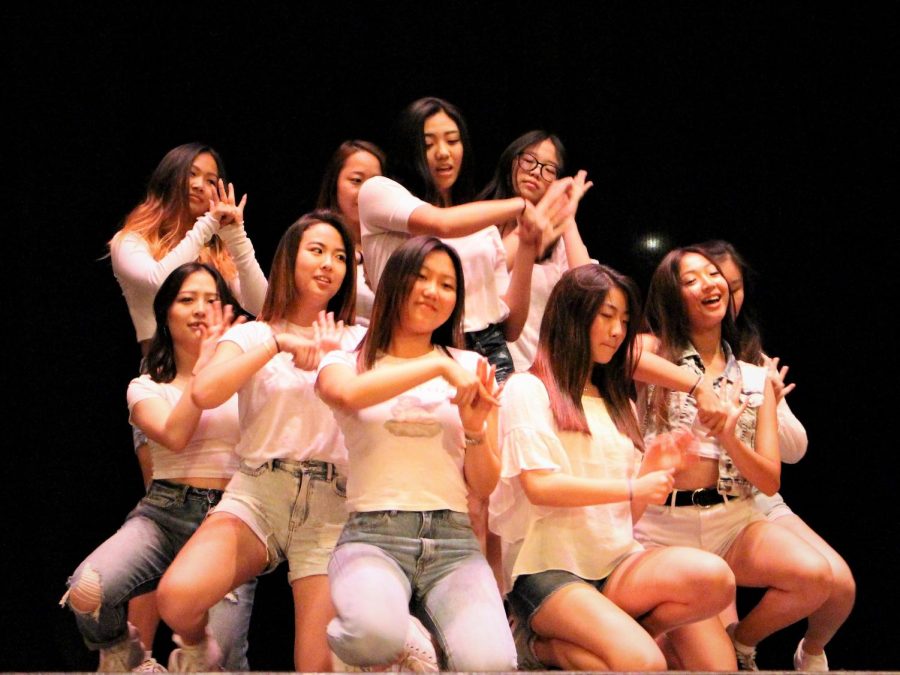 On Friday, June 7, 2019, all DMAE students participated in one of the school’s most beloved traditions — Diversity Day.

Whether it was through the various performances that occurred on stage during the school day or through the following World Cultures Festival in the gymnasium, students and staff alike felt connected to their ethnic backgrounds.

“Diversity Day helped me see how our school is passionate about celebrating and appreciating our differences. I liked the Korean Dance because I saw how similar the music is to my own culture, which is Hip Hop,” senior Balasia McNeil said.

The Diversity Day festivities started fourth period. Juniors and seniors watched the performances in the auditorium while freshman and sophomores participated in the outside block party and club fair. The two groups switched places during seventh period.

The theme of this year’s Diversity Day was Protecting the Environment, a sentiment that was especially felt in Lorenzo Consalez’s Earth Day video that kicked off the indoor celebration, transitioning to students singing and passing around a massive Earth painted volley-ball.

“This is the first year the entire show was directed by students. We had juniors Caleb Kim, Rebecca Reyes and Emily Acevedo, and sophomore Kaylea Powell backstage,” explained event planner and producer Judy Aronson. “Sophomore Sienna Tu managed the stage, and sophomore Sa’rai Crawford and senior Serene Stevens worked in the production booth under the guidance of Steve Sheppard and the technical support team,” she added.

The auditorium performances included the Indian dance, the Filipino dance, the Korean dance, the Hip-Hop dance, an ensemble of singers, solo vocal performances, and a voguing routine. The Indian dancers, in beautiful purple, red, and blue costumes, twirled majestically on stage in honor of their culture. The tapping of bamboo sticks resonated throughout the auditorium as the Filipino dancers stepped to the beat of traditional Filipino music and American pop music. Then came the Korean dance in which the dancers’ pride was displayed in uniquely-synced choreography. Finally, the Hip Hop dance with its show-stopping moves made the crowd roar. Outside, freshmen Vanton Evans acted as DJ for the stage performances and later at the World Cultures Festival alongside senior Everald Palmer.

Though the show received raving reviews from students and teachers alike, it did not run without a hitch. Technological difficulties plagued several performances, especially the Indian Dance, which experienced frequent interruptions in its first set. However, the senior emcees, Patricia Parker and Keon Davis, found ways to uplift the audience with singing and jokes.

“Even though the music for the Indian dance got messed up, they persisted through their dance and gave the best performance they could,” junior Alexis Robinson commented.

The celebration continued after school with the World Culture Festival. The Festival was organized and managed by science teacher Jackie Goolsaran with volunteers from the Red Cross Club, and according to Ms. Aronson, they “really brought the festival to a level I never could have imagined.”

“For next year, I would like for a student to take over the out-door block party. I’d also like to see more students audition for the show. No student is ever cut from the show; I’ll always find a way to work them in,” Ms. Aronson stated.