In between the massive January blizzard and the four relentless nor’easters that pounded New Jersey in March, DMAE held its annual winter Semi-Formal with the theme “Winter in the City” on February 2, 2018, in the DMAE north cafeteria. It was a night to remember not just because there wasn’t a snowstorm, but because more students came out and warmed up the night.

The Student Council sponsored and organized this signature event, but members were worried about its success. They knew it required months of planning, choosing the theme, buying the decorations, and creating partnerships with local businesses and were concerned that this “investment” in the dance, might not provide a return in attendance. They wanted a large crowd.

Student Council co-adviser understood this concern of members because the Council is smaller this year and this meant more work for those on it. 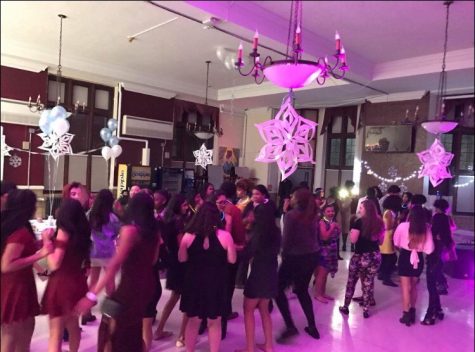 “I would like to see more Dwight Morrow Representation for Student Council and be a club that people like to be a part of. I would like more fun, more memories, and more events,” Ms. O’Shea explained.

Council members poured out their effort. They used more decorations around the theme “Winter in the City,” and relentlessly encouraged their friends and classmates to attend the event. They partnered with Chick-fil-A, who catered the semi-formal.

The effort of Student Council resulted in a record amount of attendees and ticket sales. Approximately 100 tickets were sold, the cafeteria was filled, and the Council even made a few hundred dollars.

“The turn out was much better than expected. As long as you bring the right people, it will be a blast,” senior Gisselly Peralta said. 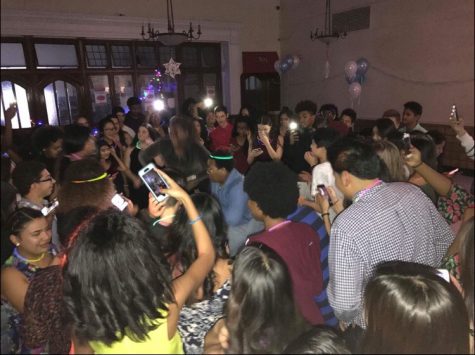 Due to this tremendous jump in sales for this year’s semi-formal, the student council is planning on making next year’s even more grand. They plan to push the idea of having the semi-formal in the gymnasium to make more room for more excited students. They also plan to pitch the idea that students from other towns to be able to attend. Their goal is to make the winter Semi-Formal the most anticipated event of the year.