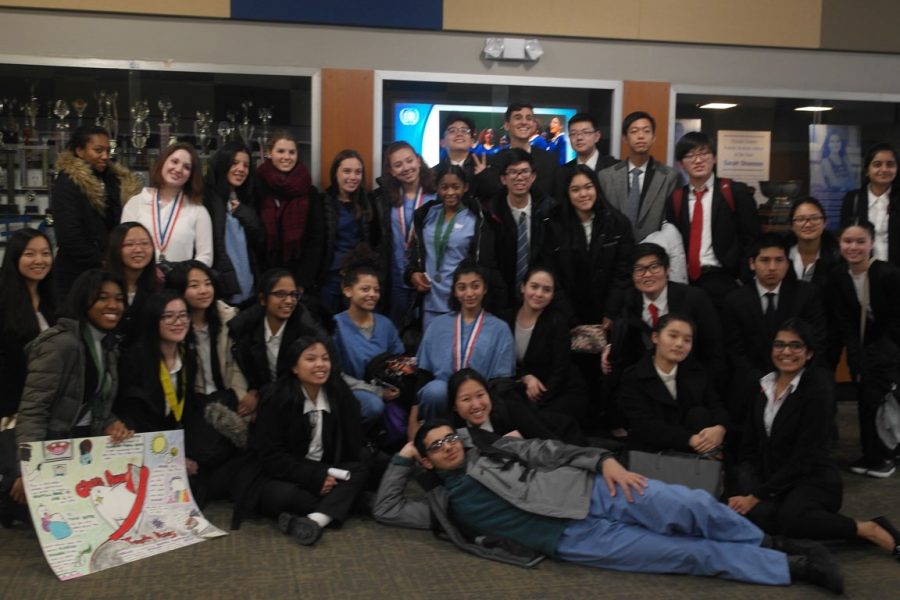 Even with the massive Passaic County Technical Institute (PCTI) campus, the cafeterias, all three of them, were crowded with approximately 700 eagerly awaiting contestants, ready to compete in the regional Northern New Jersey HOSA competition held on Saturday, January 27, 2018. The DMAE HOSA team proved to be strong competitors as they racked up awards in more than five different categories.

“It was a lot of fun and we were well organized,” HOSA chapter advisor Crystal Ponticello said.

The Health Occupations Students of America (HOSA) is a student run organization established to spark the interest of young students in the biomedical field. Students enlist in a competition they wish to study about such as pathopsychology or pharmacology and then self study until the day of the testing day. On that Saturday, students were challenged with either a hands on activity or a grueling knowledge test.

“When I passed, I was excited that I was able to accomplish winning after studying so hard. I can’t wait to get to travel to states,” sophomore Alexis Robinson said.

In conjunction with all the fast paced competitions, students also listened to motivational speaker, Charles Clark, a guest speaker who was a former Olympic sprinter. While Clark briefly talked about his impressive achievements, his main point  was on achieving one’s dream and not being scared of failure as he stated that the students’ “greatest comeback” lies in their failures and encouraged the audience to “keep on fighting,” a message that rang true to the DMAE team.

“I’m proud of everyone who participated in the event. Congratulations to all who placed!” Dr. Ponticello said.

Dr. Ponticello hopes for more success in the upcoming competitions, where students could possibly advance to the national competition. She and the DMAE HOSA officers hope for more members and will hold frequent study halls for HOSA members next year.