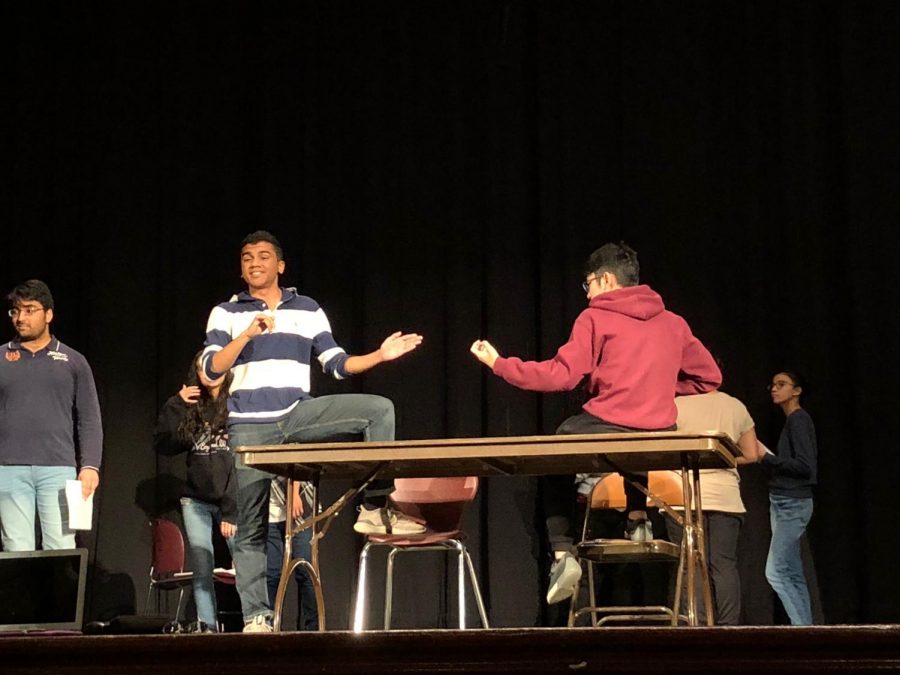 By January 12, 2018, practice for the spring musical Rent was well underway. The first act was practically a wrap. But then something of a disaster happened, ironically, much like the problems of the characters in Rent: the show was stopped cold, the power blown by the problem of licensing.

The 30 students who had tried out so enthusicasically almost two month before and who had  crowded the music room hallway and Mi-di lab on November 15, 2018, to audition for a roles in Rent, a rock opera set in 1990s East Village New York, were devastated. The Rent cast had become attuned to the story they were telling of eight struggling artists who lived in 1980s during the AIDS epidemic. Now these students had to give this all up.

“Working is very different from Rent. It was hard because of what happened. It is hard to unwrap your mind from something that you’re set on doing. I didn’t want to let go of something we were supposed to do,” senior Bonny Godoy said regretfully.

So, those who had been nervous or who had stepped out of their comfort zone to be part of Rent, and those who were more experienced musical performers and had landed one of the eight lead parts had to adjust. All the work of the auditions and casting, all the emotions, the great Rent songs and what  Ms. Meltzer explained as, “a celebration of life by accepting and loving others, even when they’re different from you” were snapped out.

Was starting over even possible?

Well, yes. Of course. The show must go on.  Junior Zoe Papianni explained that even though BergenPac had a problem with the rights to Rent because a traveling company nearby took them, Ms. Meltzer’s experience and positive attitude kept them going.

“She was prepared to deal with any issue — she had stuff on the back burner,” Zoe said. “She was upset but kept a positive attitude and wanted us to put the same energy into this show.”

The students and Ms. Meltzer quickly made the decision to produce Working knowing that almost eight weeks had been lost. Anyone who did not want to stay on for the new show left, and the rest began learning the stories and songs of the new musical.

“I was really upset about losing the rights to Rent” music teacher Sandra Meltzer said, “but the kids deserved a good show and Working is very meaningful. It is a really strong show about the joys of average American workers,” she explained enthusiastically.

Another reason why Working is such a strong musical is because of the talented people who have revised and improved it since it first came to Broadway in 1977.

“This musical has been revised and improved three times by the talented Steven Schwartz who did the broadway musical Wicked,” said Ms. Meltzer during a quick break in song practice. “And other well-known composers contributed to the 2012 version — there are songs by James Taylor and Lin-Manuel Miranda, the writer and star of the musical Hamilton.

Working is a series of stories about working-class Americans, individuals who society takes for granted: the waitress, the parking lot attendant, the phone operator, and more. Originally it was based on a popular book by Studs Terkel also called Working.

The cast of Working is smaller but it banded together to give the production new energy.

“I did not re-audition. About half the cast stayed but they are a real team. Students picked roles they wanted and surprisingly, no one overlapped,” Ms. Meltzer said smiling.

Like the characters of the actual Broadway musical, the cast members of DMAE’S Working is diverse and close-knit. “Working is going to be an unexpected and pleasant surprise” Matthew concluded.