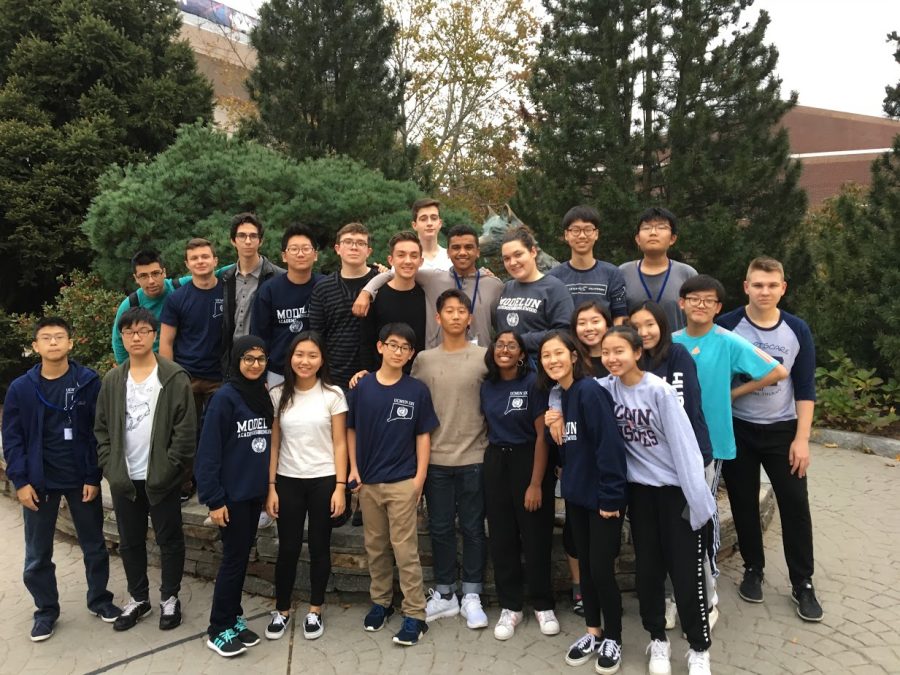 More than 20 DMAE students discussed the problems of the world at the first Model United Nations convention of the school year held at the University of Connecticut. For three days, Nov. 3-5,  2017, DMAE Model UN members negotiated and debated with students from high schools across the east.

“The club is dedicated to discussing  worldly issues and debating about them from the perspective of countries, mimicking actual  United Nations conferences, even to the point of using parliamentary procedure,” senior Asim Qureshi explained.

The weekend trip was an opportunity for the students to practice debating controversial topics, but through another country’s point of view.

“I was in the UNICEF committee where we debated child prostitution and women’s education, but I  was representing Russia [not the United States],” senior Benjamin Brumley said.

Experienced students understood the ins and outs of the conference and helped first year members keep up.

DMAE performed well at the UConn conference, with Benjamin winning the Best Delegate award and  senior member Kyle Castillo winning the Most Improved award. However, awards are not the primary reason why DMAE attends these conventions.

UCONN is not the only convention that DMAE Model UN attends. Other conferences at NYU and the always popular University of Delaware are on the schedule for December and February. Students and teachers alike are excited not only for the debates, but for their opportunities for self-growth.

“For my first conference at UCONN was a fun experience and I learned a lot,” freshmen Esther Lee said.

She hopes to improve at upcoming conferences where she again have the chance to discuss real-world issues that impact the US and the world.