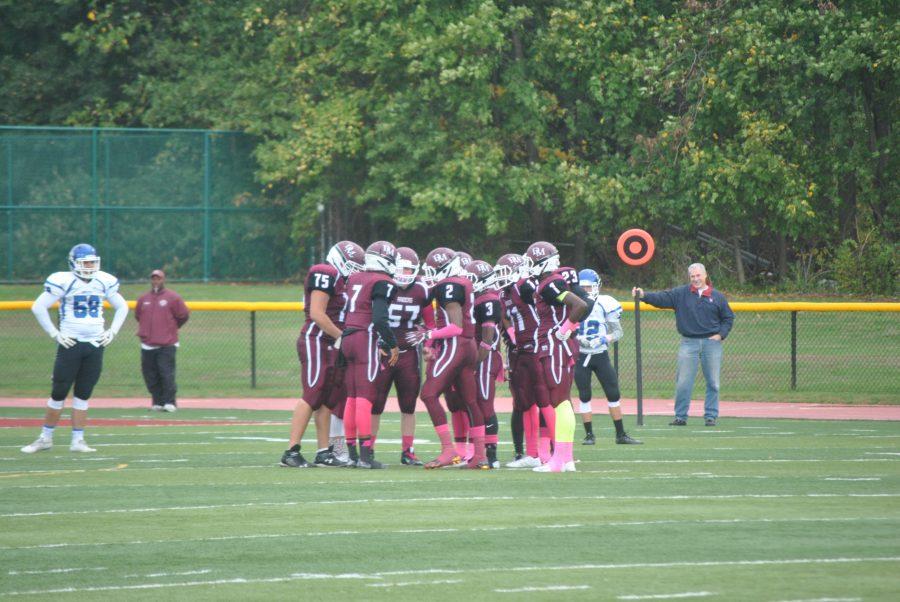 Year after year the football Homecoming game is a success, but this year that was amplified. The football team pulled off a shocking 42-34 upset of number one ranked North Valley Demarest High School and it comes unexpectedly because of the Raiders shaky start with a 1-3 record through the first month-and-a-half of the season. The Homecoming game was a pleasant surprise, much like the team has been this year.

“We just faced adversity and won. The team really came together and pulled through,” sophomore tight end Jihad Edmond said. “They beat up on us early but we stuck with each other and kept the crowd behind us. In the second half the defense locked up and the offense did their thing,” he added

Despite the discouraging first half of the season the team rallied  and put together back-to-back wins against formidable opponents in Dumont and Northern Valley Demarest. The team’s success put them in a position they had not been in since 2014: the state playoffs. All they need was a win and they were in. Ultimately, they didn’t make States but they showed great improvement from last year.

Dwight Morrow football in the year 2016 was a year of progress and growth.

“If I were to use one word to describe our journey, it would be improvement,” Coach David Murphy said. “We lost a lot of experienced players in June, so it’s been a process to bring the freshman along and remind some of our older guys of the importance of balancing school and football,” Coach explained.

The Raiders are hopeful for a win for their last game against Snyder. Win or lose, the 2016 season was bright just as the future is for DMHS football.