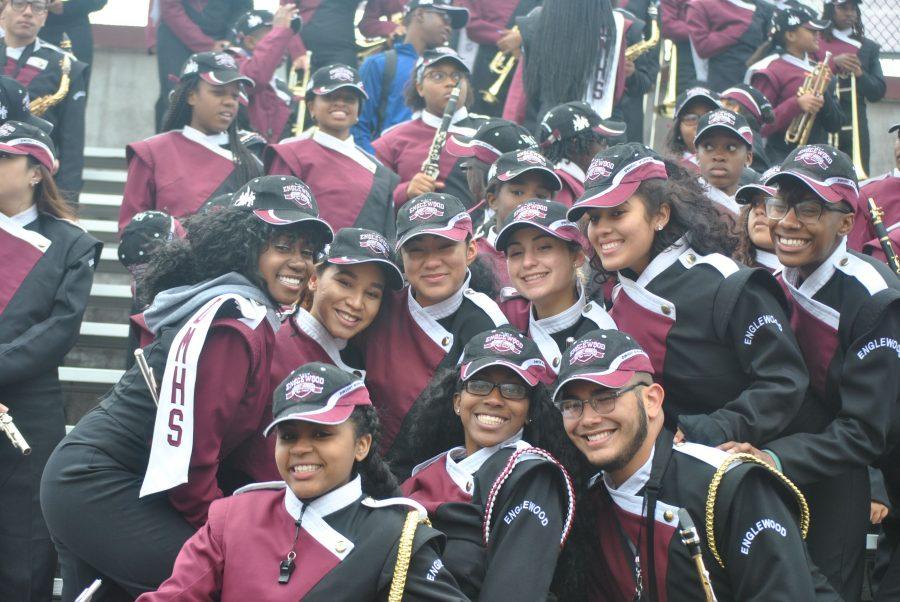 On October 18, 2018, DMAE participated in the fourth annual Bergen Blowout at BergenPac and got to know students from the nationally renowned Tennessee State University marching band. Students in the marching band performed on stage alongside many other schools’ bands in a “Battle of the Bands.”

“It was cool to have all of the bands come together and play their music. It showed how similar yet different they all are,’ junior Charles Sorbanelli said.

DMAE students attended the event to cheer on the band, including freshman Bovan Phillips.

“It was very exciting and worth the money to attend,” Bovan said.

Others had very similar responses.

“It was really fun and nice to see the other bands,” said freshman Cierra Martin.

Bergen Blowout itself has been a fundraising event for four years, raising money for the participating band programs. DMAE band director and organizer Gary Hollander praised the event as “the opportunity to hear other marching bands around the state.”

He was just as enthusiastic as the students.

“It was a great experience to see what other bands do similar or different from us,” sophomore Breyanna Fields said.

According to Dr. Hollander, there was much attraction towards DMAE, especially from band directors across the country. The band staff of Tennessee State University, which is nationally renowned, arrived this year to spend time with the DMAE marching band. Overall, Dr. Hollander was impressed with this year’s performance.

“Our band did really well. There are always things that could go better and there is always room for improvement, but overall I was pleased with our performance,” he said.