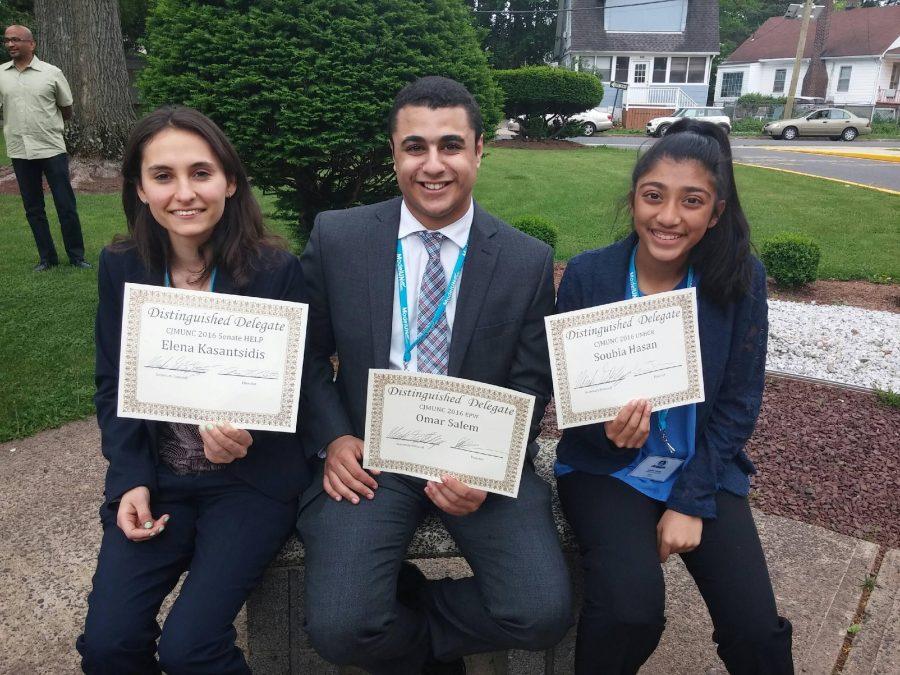 On Saturday, May 21, 2016, seven members of the DMAE Model UN team competed at Central Jersey Model United Nations/Model Congress Conference in Highland Park, NJ,  bringing home three awards and the overall prize of Best Delegation to prove the dedication and power of the team.

“I was really proud and to bring home the Best Delegation was completely unexpected. We went in and I didn’t know our chances but I knew we brought experienced people which meant that we were going to win something,” Model UN advisor Mindy Rochman said. 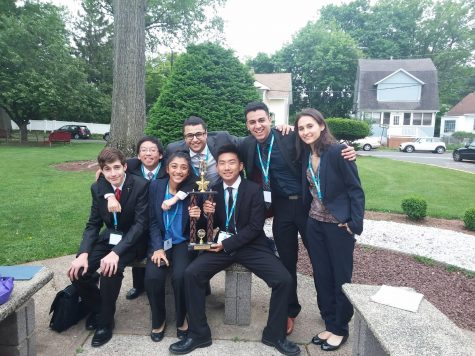 “Once our names and delegations were being called by the announcers I was immediately proud. We only went with seven people and especially in this conference we showed the amount of raw talent our Model UN team has based on the amount of awards we won,” Ankit said.

The committees present at this conference included, United Nations High Commissioner on Refugees, United Nations Educational, Scientific, and Cultural Organization, Cherokee Tribal Government, and five others. Some of these committees were never seen before by the Model UN team but the performance of the students were the same. Determination and skill allowed them to win awards against the other schools.

“We have definitely built a strong Model UN team that will go far. These students are a good group of kids who enjoy participating in these conferences,” explained Ms. Rochman seriously. “The results are evident and we even were able to take the grand prize against schools who were equally as talented. I am definitely ready to see where we go from here,” Ms. Rochman added.