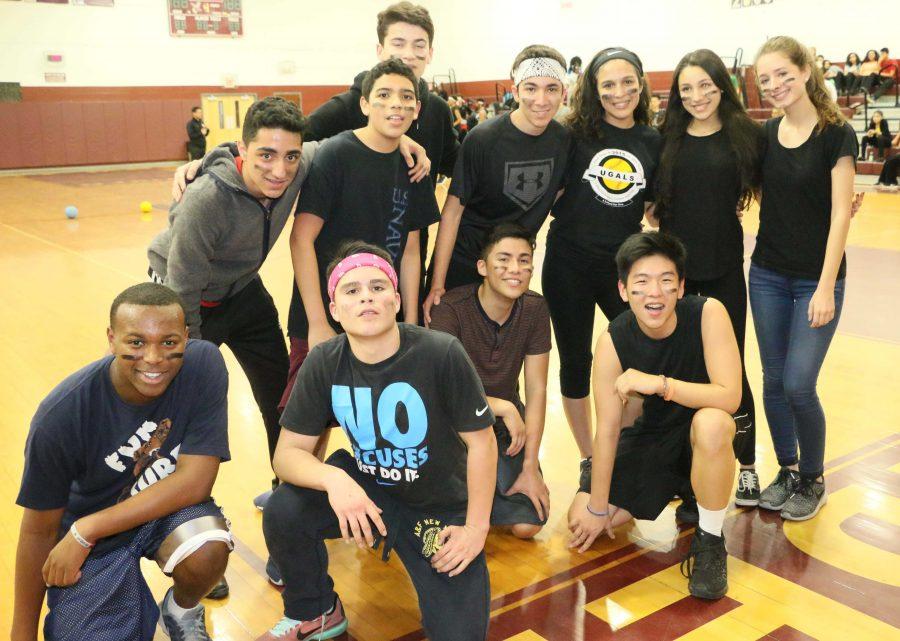 Dodgeballs were whizzing by, music was blasting, and students were enthusiastically screaming. It was another episode of the annual Grieco Games sponsored by The Dr. John Grieco Scholarship Fund.

The annual Grieco Games made outstanding improvements this year, making it the best thus far. A few of the major differences were the basketball tournament and Academy dodgeball tournament.

“This year’s Grieco Games was great because we added the Academy dimension to it and students seemed to have a lot of fun with that,” event organizer Judy Aronson said. “We also had a full-fledged basketball tournament with the help of senior Matthew Lee and Athletic Director Anthony  McGilchrist, and as a result, more Dwight Morrow students participated. It was a huge success,” she added.

Although there were changes made to the Grieco Games, one thing did not change: the Class of 2018 again won the dodge ball competition. The underdog, all-freshman team in last year’s tournament shocked upperclassmen when it won, and the group did not fail to do  the same this year. Team members were ecstatic  with their win while  the other classes unhappily took their losses for the second time.

“At first, I along with other upperclassmen felt bitter that an underclassmen team won again,” junior Hannah Kim admitted, “but now I congratulate the class of 2018. We’ll beat them next year for sure!” she declared.

However, the sophomore class feel otherwise as they all promised to win again in next year’s  Grieco Games.

“We all work well together as a team because I think our class has good skills and we all share a strong bond,” sophomore Deniz Gencer explained. “We have bragging rights so watch out because the Class of 2018 is coming back for the win for the next two years!”

Although the Dr. John Grieco Scholarship Fund raised money at the Games, the event was created to promote school pride and fun.

“We made a few hundred dollars. This was not our huge fundraiser, but a fun school event for students in and out of the club. I’d like to think that we are an organization that is more than just about making money,” Ms. Aronson explained.

The Club is continuing to think of ways to improve Grieco Games for 2017.

“Next year we should not charge for ping pong,” club member Eiman Rauf suggested. “There were not enough people participating for a tournament, so I think we should leave the ping pong table out for fun.”

With the help and participation of students, Grieco Games can be even bigger next year.