Students and Teachers Break Out In Dance 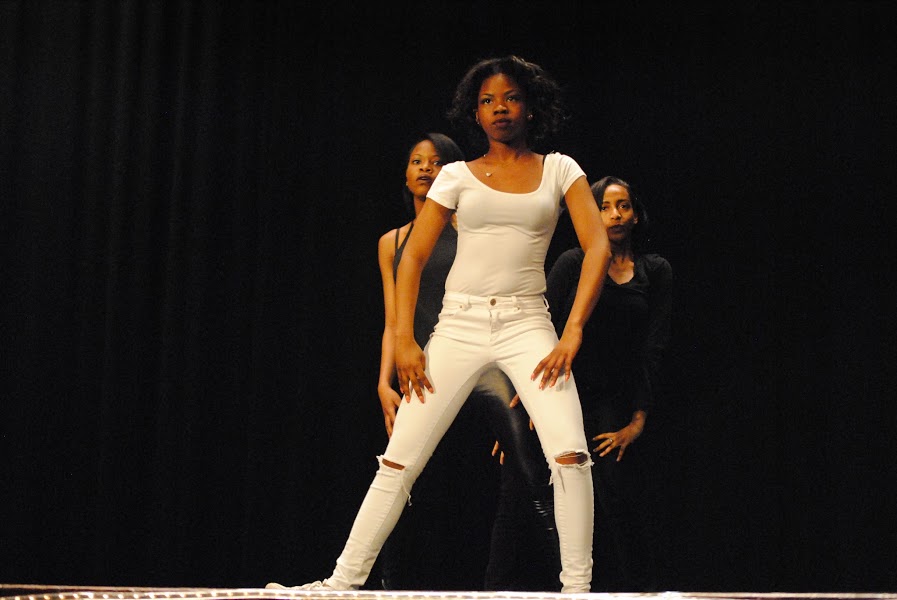 Students are no different than teachers. They feel the pressure of performing no differently at 15 than 50. All were frantically running around throughout the auditorium with minutes left until show time. Jumping bodies, shaking legs, and wiggling fingers were common signs of nervousness among both groups.

“Being backstage about to perform, that’s when it to hits you,” said junior Emely Perez, who performed in the Salsa dance and finale. “And when everyone is screaming your name, you get nervous. In rehearsal it’s fun since you can do what you want, but when it comes down to the show it’s kind of scary.”

It was through the use of dance, that new DMAE dance teacher  Marisa Catena created memorable moments for those who attended the new DMAE event and were part of the Dance Showcase.

After school on May 7, 2015, students and teachers got together to showcase their ecstatic dance moves in Ms. Catena’s production of “Underground Breakthrough.” By incorporating different dance types, such as Salsa or hip-hop, and having teachers and students perform, the divide between student and teacher diminished.

“It was nice to see all different students and teachers come together for dance. We raised $800, which I didn’t see coming. It was 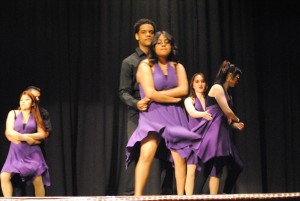 The idea for the dance came from Ms. Catena’s experience in a faculty show in her previous school. By bringing teachers and students together in one production, she believed it would significantly impact her students and co-workers. South Main Office Secretary Maria Gonzalez gained plenty from the experience.

“I gained a sense of camaraderie and relaxation through the dance,” Ms. Gonzalez said. “We all learned new steps and a new song. It was fun hearing the input of the kids. They were clapping and having a good time when we were doing the dress rehearsal. They were able to see, in my case, outside of the office, my personality,” she explained.

As the only male teacher who joined the group of 12, physics teacher Randall Pratt had the time of his life. He stressed how much fun he had and how it allowed him to understand students even more.

“I got a sense of the fact that my students in or out of school have different lives. And dancing is obviously totally different than physics,” explained Mr. Pratt seriously. “So it’s fun to see and it’s good to be able to see that my own students would be performing. This helps me to get to know or to understand them more,” he said..

Mr. Pratt wasn’t the only one who saw others in a different light. Sophomore Jenny Lin, who performed in the finale, was also exposed to the personalities her teachers have that she doesn’t get to see in class.

“I thought it was interesting to see my teachers break out of their comfort zone and perform on stage. Seeing them walk down the train line was cute and enjoyable,” Jenny said. “What surprised me and made me laugh the most was Mr. Pratt’s dance moves since I never expected him to be the one doing such crazy moves.”

With the success of the show, Ms. Catena and others have considered a possible show for next year, and what improvements could be made.

One concern for the performers was that it was not an in-school event, which prevented their peers from seeing them perform the dances they worked so hard on.

“Hopefully next year it will be an in school event so everybody can see it,” Emely said.

Teachers and students are eager to perform once again for their friends, co-workers, and families.

“Would I do it again?” laughed Ms. Gonzalez. “Yes, but with more practice.”