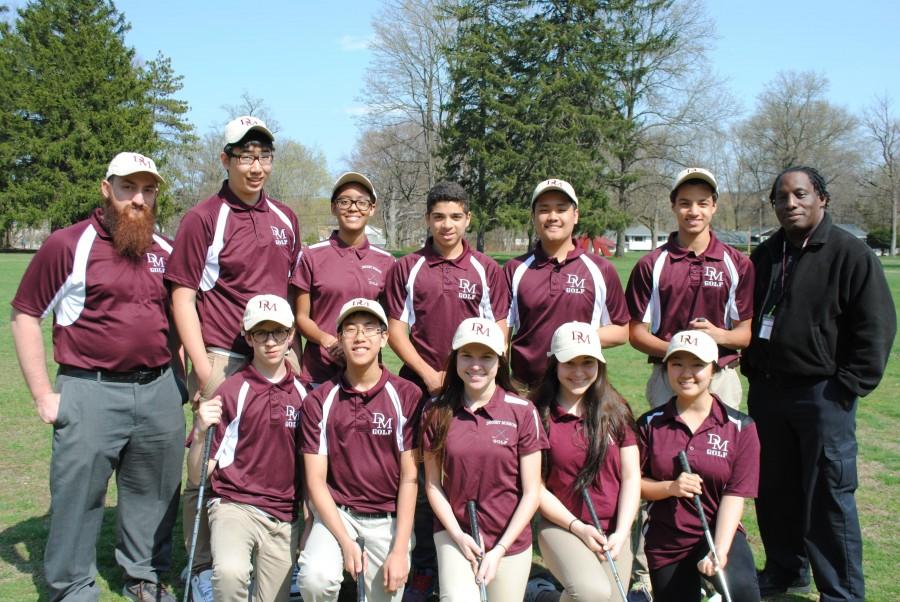 Throughout the 2014-15 golf season, first-time DMHS golf coach Anthony Buzzerio was nothing short of impressed with the team. He had stressfully witnessed golf balls shoot in the air during each match, but his worry was unfounded when the team advanced to second place standing in the entire junior division. As sophomore player Warren Isley put it, this season was a massive success not only for the team, but also the school’s golf reputation as a whole.

“We had the best season in our school’s history,” Warren proudly said. “We also had a very young team with only two seniors, and the rest were sophomores and freshmen. This made the season an even bigger success.”

Senior team captain Ryan Ha’s expectations were shattered by how the players improved both in skill and as a team.

“Being captain, I definitely saw great improvement in the team’s performance as the season went on,” Ryan said.

However, the successful season would not have been possible without Coach Buzzerio’s dedication to the team.
We finished with a 8-10 record after starting off 2-7, so we really came alive at the end of the season despite a really tough schedule.
Though it was his first time as a coach, the sport has been a part of his life for many years.

“I played golf in high school and thoroughly enjoyed it,” Coach Buzzerio explained. “I took a break in college but picked it up again in the last few years. There are worse things in life than being on a golf course everyday,” he added jokingly.

Under Coach Buzzerio’s guidance, the team itself grew tremendously, setting the foundation for the future of DMHS golf. Players took note of their mistakes, organized themselves during matches, and supported each other. A combination of Coach Buzzerio’s instruction and the team’s own cooperation created the most successful golf team in DMHS history.

“We finished with a 8-10 record after starting off 2-7, so we really came alive at the end of the season despite a really tough schedule,” Coach Buzzerio said.

With a strong golf season in the bag, DMHS golf players and Coach Buzzerio hope to continue their success in the 2015-16 season.

“We had a lot of fun this season and won a lot of matches. I can’t wait to do it again next year,” Coach ended.