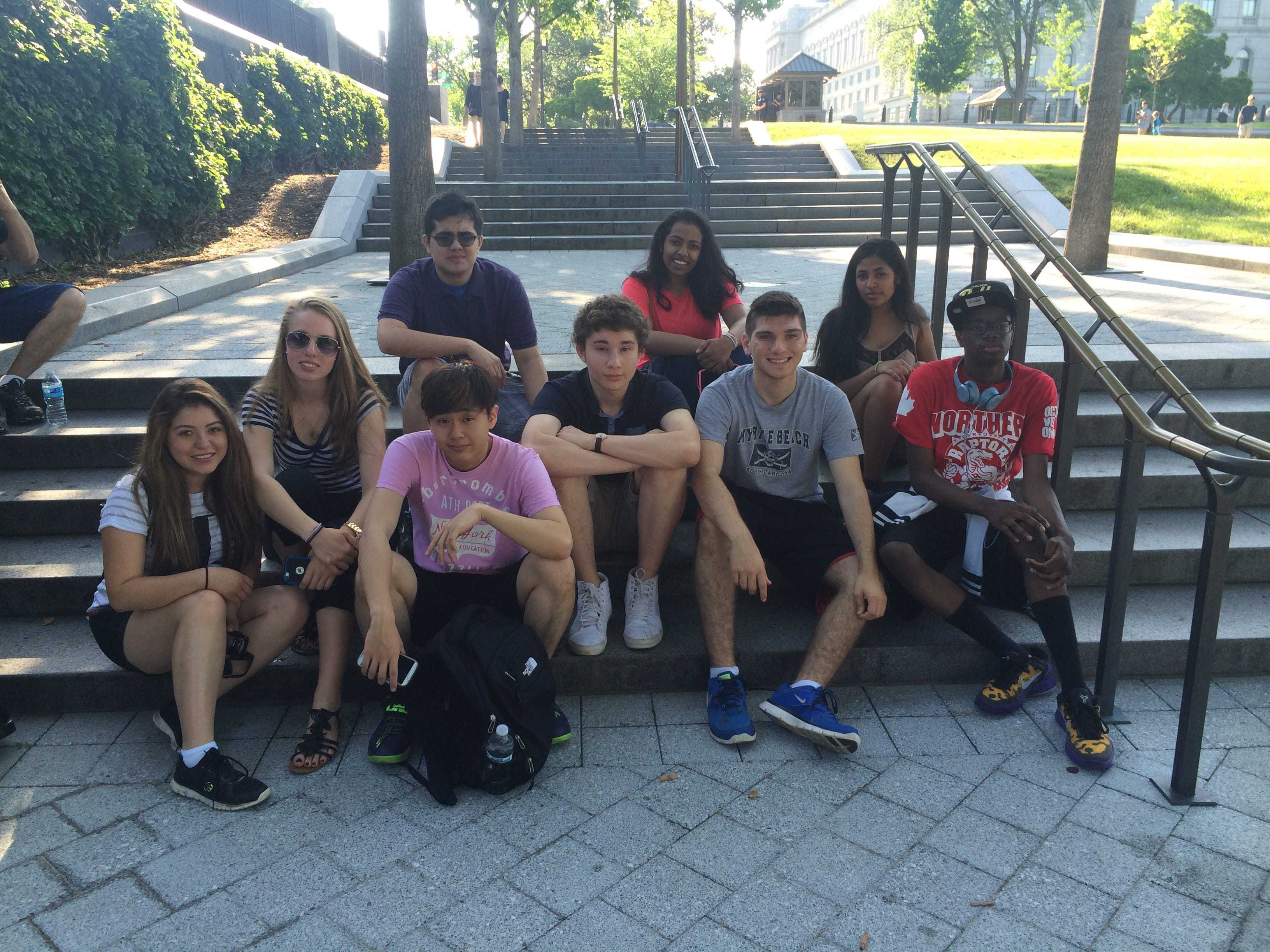 The AP U.S. History Class of DMAE, accompanied by teacher Judy Aronson and parent chaperone Idania Lara, went to Washington, D.C, on May 17, 2015, to explore the history and culture of our nation’s capitol. Students saw famous monuments, met interesting people, and tried to understand how they all linked back to the founding of the nation.

“The Washington D.C trip made me realize what a country America is” said junior Kyle Torosian thoughtfully.

Eleven people were on the trip, including the two chaperones, Ms. Aronson and Mrs. Lara. The students visited many famous sites such as the Arlington Cemetery and Lincoln Memorial.

“My favorite memorial was the Vietnam Memorial,” said junior Radha Tummalapenta. “At the memorial, there were veterans visiting and it made me sentimental.” 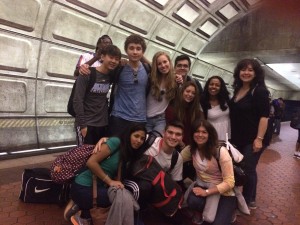 als, along with other buildings such as the Capitol Building, were open to the public and impacted students’ understanding of American history. At the Capitol Building, Parliamentarian Damien Jackson escorted the entire class up to the House of Representatives, a restricted area from the public. Students sat in the front row for approximately 30 minutes while he answered questions they had about his job and how Congress works.

“It was very surreal and inspiring to be in the same room where such important decisions were made because they changed life in America so drastically throughout history,” said junior Dominica Dul.

Students also met New Jersey Senator Bill Pascrell, who spoke to them for a short period before he left to sign a bill with President Obama. Senator Pascrell was in the process of passing the Blue Alert Bill, which would help police officers who had been injured or killed by a criminal. His laid-back personality surprised the students.

“It made me realize that Congressmen are extremely involved in our lives and that they’re ‘real’ people, regular citizens in the U.S,” Radha said.

Many students felt that one of the most enriching experience was getting a campus tour of Georgetown University. Junior Dylan Majsiak got Georgetown Junior Joseph Laposata to give the group a tour of the entire campus.

“Joe, a current student at Georgetown University, was one of the residential assistants at the Georgetown summer program I did last summer,” Dylan explained. “I told him my APUSH class was visiting Georgetown, and he was more than happy to give us all a tour.”

The visit to Georgetown wasn’t the only enriching experience to Radha. She commented that her favorite visit was the students’ visit to Ford’s Theater.

“We watched a musical called Freedom’s Song, which was about the Civil War,” she said. “The musical showcased a lot of talented singers and very mysterious elements that kept our attention. When we thought the play was over, a gunshot went off and all the singers looked up to the booth President Lincoln had supposedly died in, which made the play even more heartfelt,” she explained.

“I expected this trip to be fun, because they’re such a fun class. And it was,” concluded Ms. Aronson happily.