Marching Band Looks into the Future 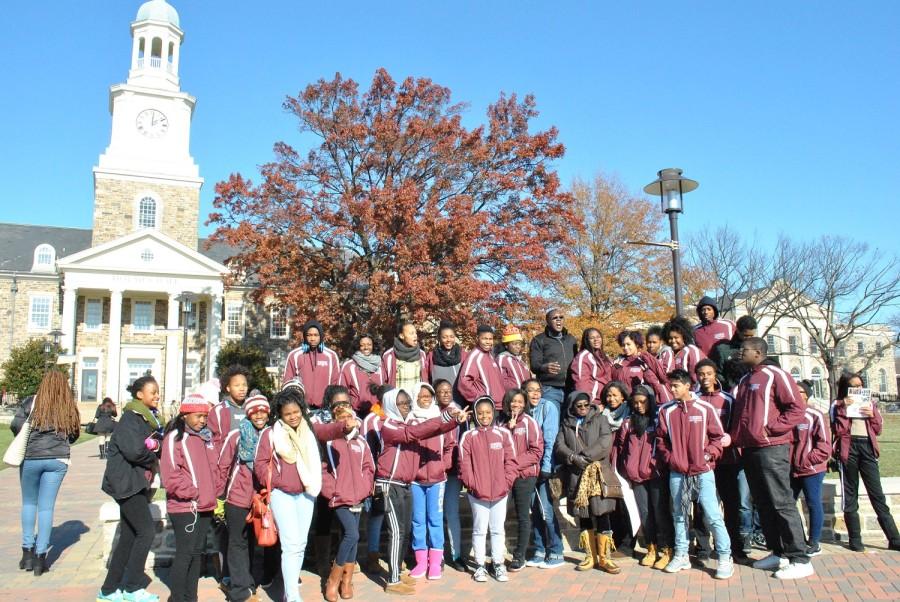 One hundred DMAE Pulse of Englewood Marching Band’s dedicated and curious students climbed onto coach busses in front of the Dizzy Gillespie Auditorium at 6:00 a.m. last November to start a Maryland/Washington, D.C.college tour. This year the trip was strictly informational, there was no performance or competition on the schedule, but Band Director Gary Hollander wanted band members to visit schools with marching bands in preparation for their futures.

“I try and make the extended trips we take have at least one school that someone would apply to, Dr. Hollander said. “I try to visit schools that have marching bands that have the same approach as us,” he added.

Three stops were planned:  first to Morgan State University in Baltimore, MD, then to University of Maryland in College Park, and finally to Howard University in Washington, D.C., to watch the controversial Howard vs. Hampton football game.

At Morgan State University and the University of Maryland, DMAE students met members of their well known marching bands and asked questions about the musical programs at the schools. This gave students an opportunity to compare the bands and the universities in preparation for college applications.

“The college tour opened my eyes to the kind of college I really want to attend,” junior Michelle Baksh said. “I enjoyed watching the marching bands because although they took it seriously, they also enjoyed what they were doing.” she added.