Week of Respect: Standing Up to Bullying 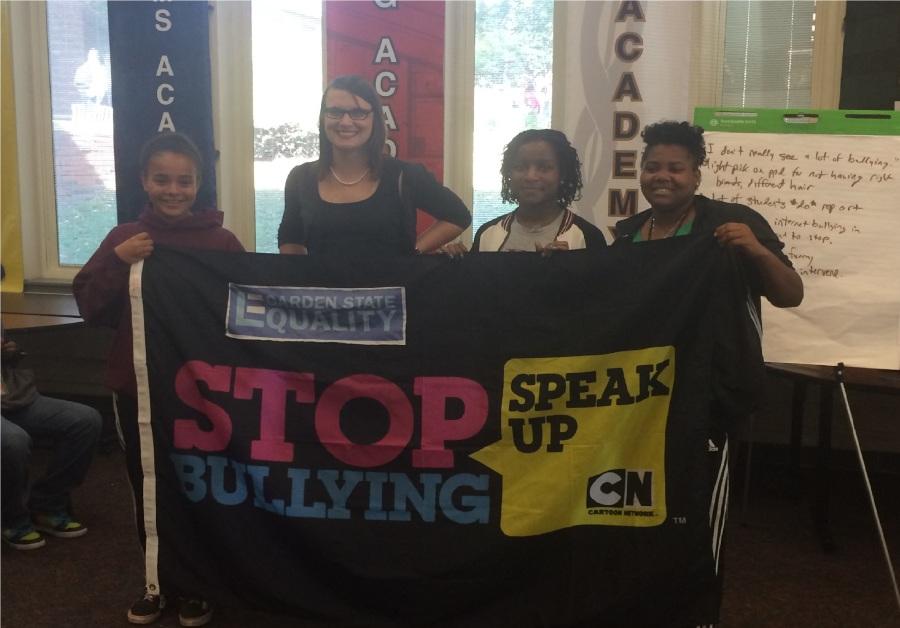 New Jersey schools are now required to have a Week of Respect due to the new Anti-Bullying Bill of Rights Act. This legislation aims to identify the sources of bullying and reduce the number of people who are affected. Valerie Huttle, the assemblywoman who helped pass the legislation, came to speak to DMAE along with Andrea Bowen, who is the director of Garden State Equality and the only transgender director in the country. The two came to discuss the ongoing bullying problem in New Jersey.

“If all you do is ignore it, you are just as guilty as the bully,” assemblywoman Huttle said.

The fear of becoming a “tattle tale” uproots the confidence from the students and disables them from standing up to bullying. Ms. Huttle stressed the idea that everyone has to be an “upstanders” instead of a bystanders. An upstander is a person who takes action against all bullying they see instead of noticing it and turning a blind eye..

Ms. Huttle drove this point across precisely by saying that reporting acts of bullying is not telling but rather helping another individual overcome a tough time in his or her life.

Ms. Bowen and Ms. Huttle were both individuals who experienced bullying themselves and decided to open up about their lives. Ms. Bowen was born a male who felt misplaced in the wrong body. She commented on how “transitioning,” the act of learning to live as the other gender, was the toughest part of her journey. She also struggled with bullying in many aspects of her life since she was young.

“This could have happened to anyone,” Ms. Bowen calmly explained to students. “Those scars stay for the rest of your life,” she added.

Ms. Huttle, on the other hand, experienced what she considered the typical “schoolyard” bullying. Neither should be taken lightly.

Ms. Huttle also talked about the new age of bullying: cyberbullying. With the newly amended law in place, all cyberbullying will be taken and documented as if it occurred on campus. Now, there is no difference in the way the administration of the school views cyberbullying and “real-life” bullying. 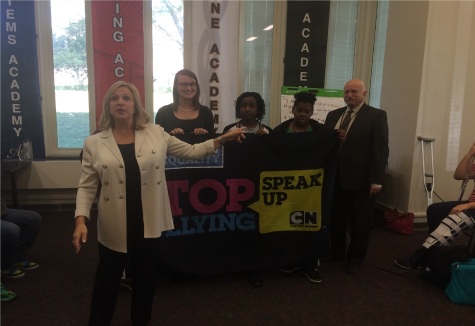 “There is no difference between cyberbullying and bullying in real life,”said Ms. Huttle to the sea of students, “they both hurt equally the same.”

With that basis, the law also targets school counselors. Counselors around the school must document and report all bullying activities through an extensive paperwork process and school administration must then address the issue with the appropriate disciplinary actions.

“The law can only do so much. Without all the eyes in the school keen on completely ridding the campus of bullying, we won’t have total success,” Valerie Huttle closed, “let’s make a change.”