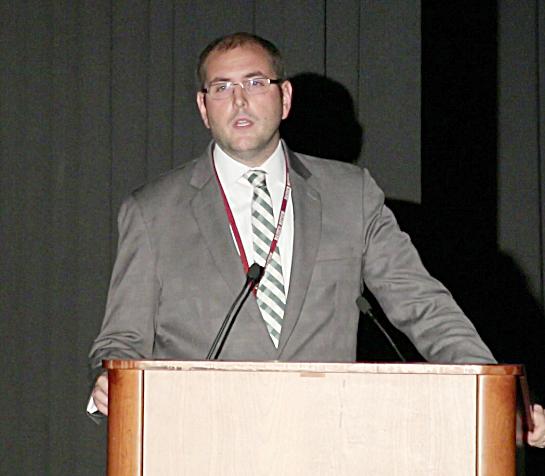 In response to the increasing trend of domestic violence cases, DMAE administrators planned an assembly to create awareness. Ray Rice, a player on the Baltimore Ravens, was caught on video striking his then fiancée unconscious inside an elevator in Atlantic City. Adrian Peterson, a player on the Minnesota Vikings, was found to have maliciously beaten his child with a tree branch after photos of the incident surfaced. DMAE, however, has said enough is enough as young men of the campus band together to combat this trend by advocating to end gender based violence.

“When violence against women is ended, you can say you were a part of the beginning of the movement,” said Lil Corcoran, associate executive director of Shelter Our Sisters, to students in an assembly for the 9th, 10th, 11th, and 12th grade male students. 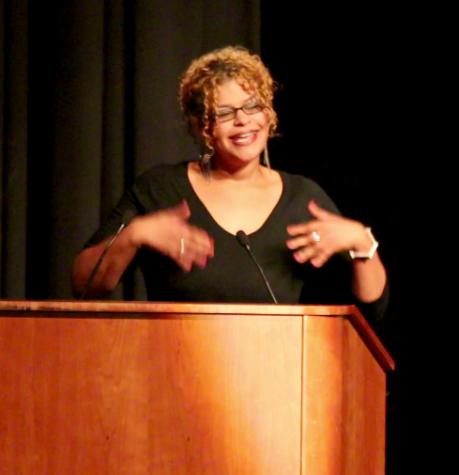 On October 2, 2014, DMAE made history as one of the first high schools in the nation to directly target its male population through a domestic violence advocacy assembly. The males of the campus were called down to the Dizzy Gillespie Auditorium to hear Liz Corsini of the Zone, Vice Principal Joseph Armental, Lil Corcoran and Christopher Greider of Shelter Our Sisters, and Ralena Zabala, who escaped 15-years of an abusive relationship, start the conversation.

“It made me feel like I was part of something as if I had started a movement that hadn’t been accomplished yet,” junior Victor Morell said. “As men, we have an obligation to the second half of our species,” he added.

The assembly focused on relabeling domestic abuse as a man’s issue rather than a woman’s. Ms. Corcoran, describing her early involvement with social advocacy in the Civil Rights Movement, similarly explained that the racial injustices towards blacks were not considered a black issue but rather a white issue because the whites were the ones who had to evolve socially. She thinks of domestic violence in the same way.

The assembly also defined the qualities of a real man as “one who understands and appreciates women and children in their life, stands up and says domestic abuse is wrong while other ‘men’ do nothing to help, and one who would never physically abuse a woman or child, ever, under any circumstances.” Each student was then given a small paper to sign as a pledge.

Unfortunately, not all students took the pledge seriously at first. Some students smiled and others made fun and snickered until Mr. Armental made a second plea.

“Coach and I are asking for real men — not little boys who are going to sit and giggle,” Mr. Armental said.

When Mr. Armental’s passion for the issue came through, most students settled down to consider the importance of a pledge and the way men treat women.

“There was definitely a degree of laughter and immaturity in the audience — they’re teenagers what do you expect,” said junior Marcin Olechowski honestly. “There were, however, points in the assembly when the room fell silent while something was being said, and I feel that speaks for itself as it shows that though not everyone may be mature enough to eliminate this issue just yet, we will certainly get there,” Marcin added.

Members of Shelter Our Sisters spoke of possibly returning to have a similar assembly for the females of the campus to raise awareness of gender role. But the word is out: the real men of DMAE have the opportunity to lead the way towards a world free of gender based violence.