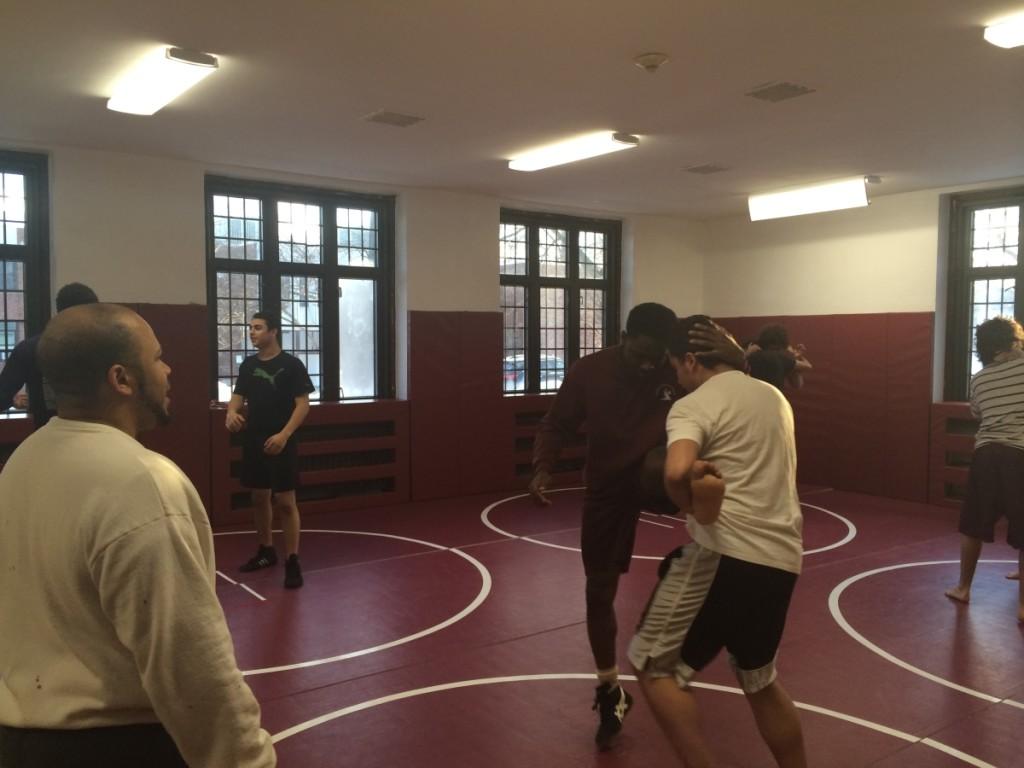 In the young wrestling season for Dwight Morrow High School the team is beginning to set its goals for this season and gel together as one big family. The team has now been under head coach Charles Taylor for a number of months in deep training and preparation for anticipated matches. With students ranging from freshman to seniors, they’ve exceptionally found a way to reach common ground.

“The team is looking pretty good. We are coming together nicely,” junior Johnny Holloway commented. “We have kids who’ve been in States and high class tournaments, to kids like me who just started and figured it would be interesting to participate in wrestling.”

The team is growing exponentially in terms of talent and they are ready to take on new challenges besides conquering physical training. For senior captain Kevin Zheng, leadership and being a mentor to his fellow

“I want us to be extremely competitive but at the same time respectful because sometimes people can get ahead of themselves and become arrogant. I just want to be a team that works hard and stays aggressive,” Kevin said.

He added that he wants to become a leader that the kids on the team can go to for any personal and wrestling reason. Those are some values that not all team leaders hold.

Dwight Morrow looks to really step up its game with upcoming matches and solidify wrestling’s spot here on campus for good. In the end they want to see each other succeed and make this year special.

“All we want is to have a greater win than loss column,” Holloway concluded.