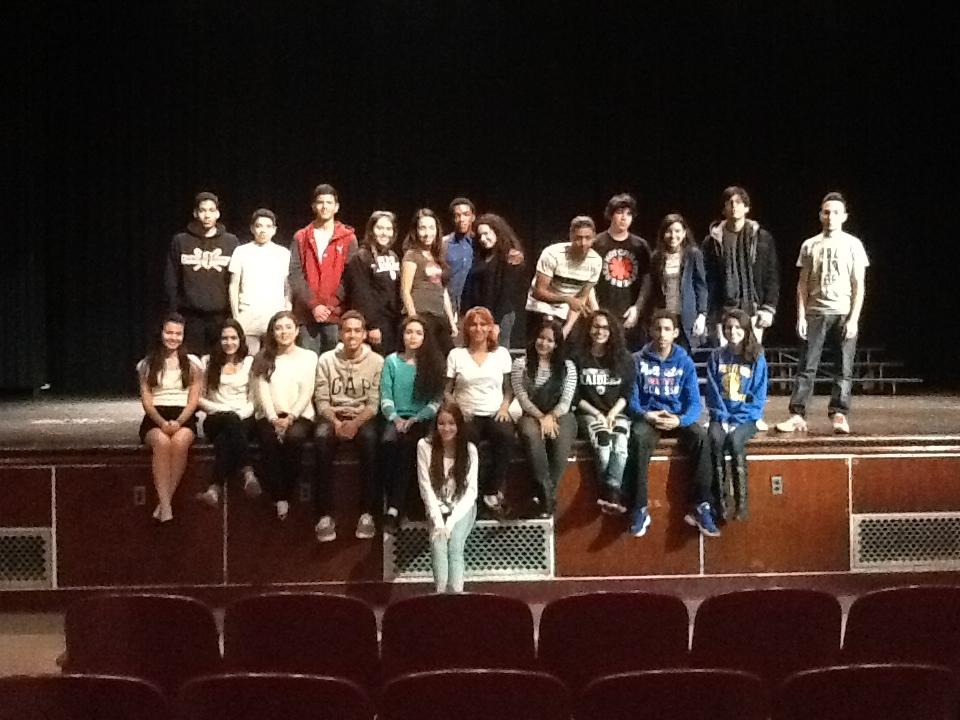 Culture and diversity are what distinguish DMAE as a vibrant community. With a large population of students with a Hispanic background, the idea of creating a Spanish Club came from Spanish teacher Saadia Gil.

“We as Hispanics and Latinos need to express our culture and show the world who we really are and where we came from.  I began this Club five years ago and do not plan on stopping,” founder Ms. Gil said.

Ms. Gil teaches Spanish I, Spanish Heritage II, and Latin Dance classes. Her reasoning behind creating the Spanish Club was much deeper than just promoting Spanish.

“Our main goal for years to come is to get more and more students to come and support their Spanish Heritage,” Ms. Gil said.

In addition to instilling pride in her culture, she believes it is important for other students and teachers to similarly embrace their cultures.  She applauds teacher Brian Hall for making Asian Young Life (AYL) available to students as a way of allowing them to appreciate their roots. This idea comes from Ms. Gil’s passion for her heritage.

“I love my culture and my language so much and I wish to express the same emotions with the kids in teaching them traditional dances, eating Spanish foods, watching Spanish movies, and any other ideas that they have or that I come up with,” said Ms. Gil confidently.

The Spanish Club currently has 11 official members but, combined with the Latin Dance students who often attend meetings, approximately 20 students are involved.

One of the newest members of the club is freshman Marcos Alexander Espinal, who is very proud of his culture and background.

“People need to understand and value where they came from because it is very important to know who you are and what you are classified as in this world,” Marcos stated.

Activities in the Spanish club include speaking Spanish, eating Spanish foods, learning Spanish dances, and listening to Spanish music.  However, the club does a lot more to leave its mark on the DMAE community. This year, the club helped put together an assembly at school to showcase Spanish culture. The assembly included cultural dances such as bachata, a video explaining the diversity of Latin Americans in DMAE, and Spanish music.