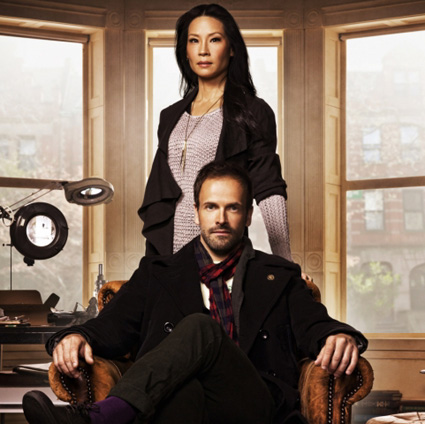 A tweed cap, a smoking pipe, and a comfortable abode at 21B Baker Street can lead anyone to deduce the subject is the famous “consulting detective” Sherlock Holmes. The renowned fictional character along with his partner Doctor John H. Watson made his debut in 1887 in A Study in Scarlet, the famous novel by Scottish author and physicist Sir Arthur Conan Doyle.

Since then, many have continued the tales of Sherlock through film, television, books, and more. CBS’s show “Elementary,” based on the original adventures, would make any Sherlock Holmes fan do a double take.

The show sets Sherlock Holmes (Johnny Lee Miller) in the United States rather than Britain as a former Scotland Yard consultant who lives in New York City after going through rehabilitation for drug problems. His character is a strange one – you could find him giving himself tattoos, solving cases with his pet turtle Clyde, or having a sip of tea in the living room of his brownstone. This unique and bizarre personality of his does not push one away but draws one in.

John Watson is now Joan Watson (Lucy Liu) in this series, a former successful surgeon, now working as sober companion. She is appointed to Sherlock after being hired by Sherlock’s father. When her term with Sherlock finishes she continues her adventures with him as a partner. It was a surprise when I first learned that Dr. Watson would be a woman, but this never took away from the show. This actually enhanced it, giving a new feel to the original plot.

Together, these two solve crimes but in a 21st century setting. Although they come into contact with characters that Sherlock fans should be familiar with, including Captain Thomas Gregson of the New York City Department (Aidan Quinn) who knows Sherlock from Scotland Yard, and Mycroft Holmes (Rhys Ifans) Sherlock’s older brother, the series introduces new characters as well. There is Detective Marcus Bell (Jon Michael Hill), who at first does not trust Sherlock and is unwilling to take his advice, but soon realizes Sherlock’s talents. There is also Alfredo Llamosa (Ato Essandoh), a recovering drug addict, who becomes Sherlock’s 12-step program sponsor and who occasionally helps out on cases using his street smart skills.

At first I was skeptical about the new characters but I‘m happy to say that I got used to them quickly and was not at all disappointed. Detective Bell is clever and interesting, adding laughs for the audience. Alfredo also helps develop the backstory that CBS placed Sherlock in, giving viewers a way of seeing Sherlock for the person he really is.

The show has gotten a relatively positive response. On tvfanatic.com “Elementary” is rated 3.9 out of 5 stars and Metacritic gives the show a 7.4, indicating generally favorable reviews. 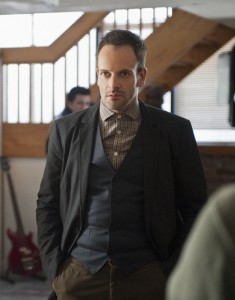 David Hiltbrand from The Philadelphia Inquirer said that it is “stylishly directed” and that “Elementary” is “one loaded show, including its wonderful, well-matched leads.”

Ken Tucker from Entertainment Weekly stated that “Elementary” is “probably the closest thing to a new fall-season surefire hit. Miller gives off an infectious enthusiasm in this new role.”

Hank Stuever of The Washington Post gave it a B+ and felt that the show “exhibits enough stylish wit in its mood and look to quickly distinguish itself from the latest British “Sherlock” series.”

In my opinion, the show is spectacular. Even if you are not a fan of the original books, the series has much to offer. Viewers will be on the edge of their seats wondering: just what is going on? Nothing is what is seems at first and there is never dull dialogue.

“Elementary” airs on CBS on Thursdays at 10.