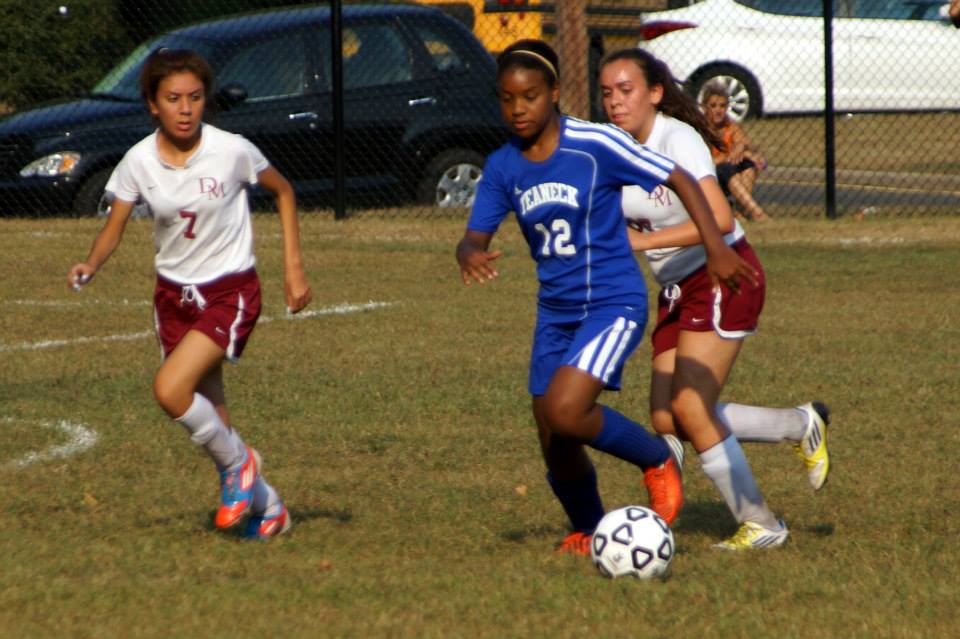 The pitch was set for the Dwight Morrow Lady Raiders to take on Teaneck’s Highwaymen in a bordering city rivalry soccer game. Much was expected of the Lady Raiders because of their vigorous offseason workouts and training during the summer.

The starters were ready: seniors Emily Stein and Fabiola Zapata,  juniors Abigail Light, Alicia Pena and Jillian Salvodon, and freshmen Brianna David, Neha Kumrah, Patricia Pena, Julissa Tavares, and Agata Zarczynska. Within the first five minutes of kickoff, a player from Teaneck suffered a scary injury. Number 4 on the Highwaymen’s roster had suffered a misaligned jaw by a ball that was blasted off the foot of a Lady Raider. She was immediately escorted to the emergency room via ambulance, where she ended up staying for two days and due to plastic surgery that was required to reconstruct the area. Teaneck had shown great care and support as their five trainers ran on to the field to assist the hurt player. 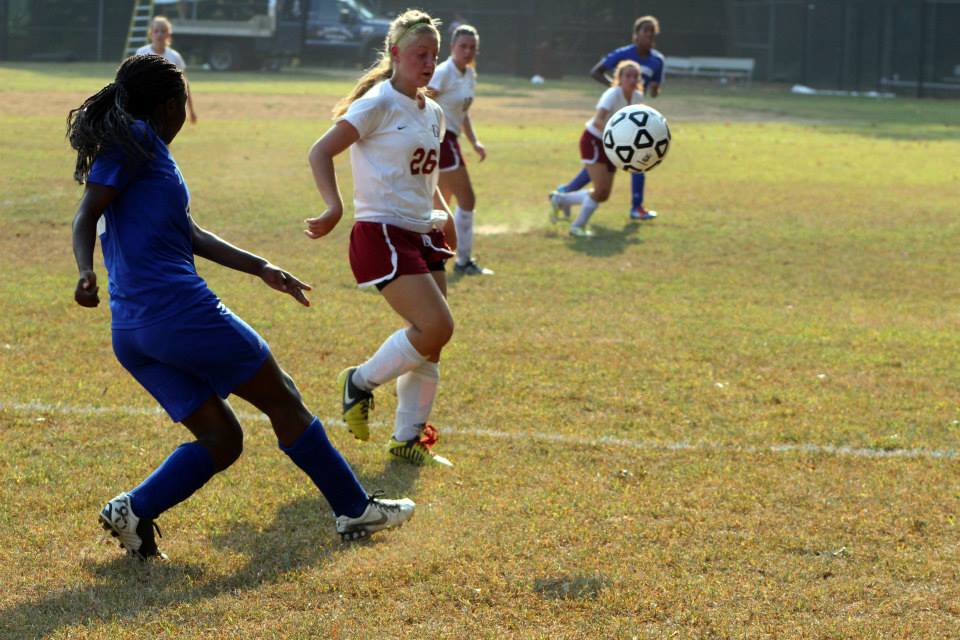 “It was a scary moment for everyone, you never want to see a player go down like that and get hurt. Especially hearing the consequences of what was required at the hospital. It’s a part of the game,” Head Coach Carlos Gomez said.

As the game progressed Teaneck fired five shots on goal without scoring but a player named Ariana off the left side of the pitch had sent a beauty into the back of the net and put the Highwaymen ahead 1-0. The second goal of the game came quickly after the first when the goalie for the Lady Raiders caught the shot on goal past the goal line which is considered a goal.

When the halftime whistle blew, the Lady Raiders had only one shot on goal and most of the game’s action had been taking place on the right side of the field. Despite the score, both teams had tirelessly been working hard in the first half of the game. Lots of quick and agile passes had been made and the talent level of both teams was clear. It had been a true test for the two teams.

“We had a game on our hands. It is tough coming back when you’re in the hole like that but it was possible to come back,” Coach Gomez said.

The second half showed the true determination of Teaneck when they took control of the game by scoring four goals on five attempts. Three of these five came within five minutes of each other. Meanwhile, the Raiders still only had one shot on goal.

It was clear that the Lady Raiders had just come out flat in this game against the Highwaymen, despite their great work ethic. They are on track to win the upcoming games.

“We are going to train hard and try to fix the mistakes we have. Getting beat and losing bad is a humbling lesson to us,” Coach Gomez had explained after the game. “It gives us incentive to work that much harder,” he added.