A Decade of Impact 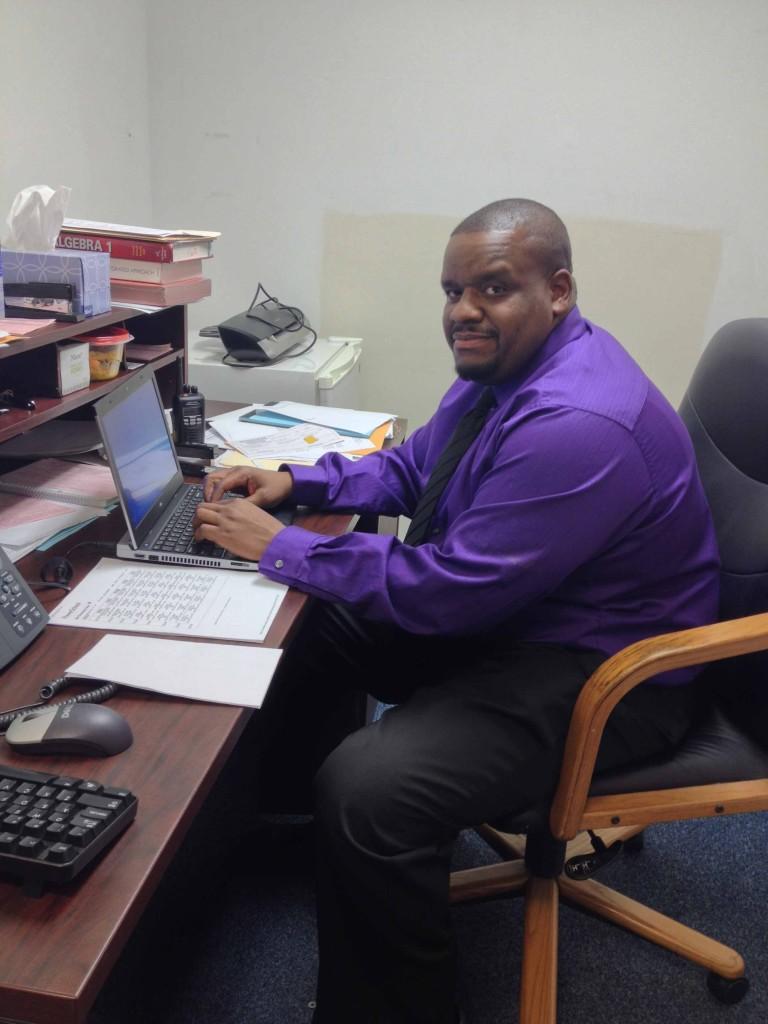 “To see someone when they’re 12, and then see them again when they’re 17 – big jump,” said David Murphy, long-time Englewood District educator. He was smiling as he talked about the unique chance he has had to watch students as they grow up.

This year marks nearly a decade of service to the Englewood School District. For the 2013-2014 school year, he works on the DMAE campus as Dean of Students, but has actually had varied jobs for nearly a decade now, teaching math in the middle school for six years and working as a dean in the high school for two. His goals for the Englewood school system have only gotten bigger.

For one thing, the Positive Behavior Support in Schools (PBSIS), is an important cause to him, and he is glad to see students making good choices as a result of this new program on campus. He believes that it helps.

“We try to make sure that we talk to our students when they are having some issues,” he explained. “We try to give them positive ways to solve their problems and do the right thing, and to take them on a path that will affect other students positively,” said Murphy.

His goals for the school do not include disciplining students and forcing them to do the right thing, but rather “to help students be more accountable and help them make better decisions.”

With greater positivity as the spirit of the campus, he thinks students may be more willing to reach out for help.

“When I see someone make a decision that’s more positive than they might have made in the past, it feels like a win.”

Mr. Murphy also describes his experience seeing students grow up through the school system as motivating and inspiring.

“I’ve known a lot of these students since they were in middle school, so it helps, seeing them as mature young people,” he explained leaning back. “It’s amazing. And they have a lot of respect for me, as an adult, as someone that taught them,” he added grinning.

Although Mr. Murphy is proud of the students that he has taught before, it is clear that he is very supportive of all of the district’s students, and encourages them all to become positive influences.

“I’m very proud of all of the students, even students from different towns. Our Academies students are respectable and very receptive, so I’m a big fan.”

At the moment, he is also very enthusiastic about the Raiders football team and other athletic teams, having coached football in previous years.

“A lot of students know that I’ve coached in a couple of different districts, so I would love to have the opportunity to coach here,” said Mr. Murphy hopefully.

As Dean, but also as a friendly face to many DMAE students, Mr. Murphy is dedicated to promoting the PBSIS program as a way of improving the schools, but even more importantly he is dedicated to helping Englewood’s young adults feel pride in their education and their actions.