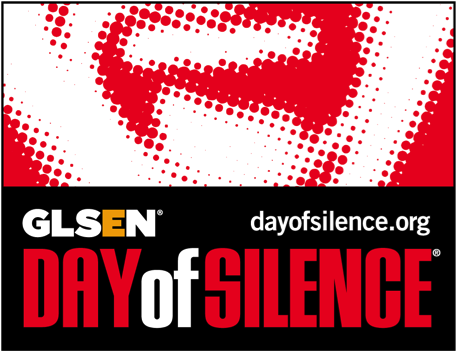 ‘“I pledge to be silent on April 19, 2013, to bring attention to anti‑LGBT name‑calling, bullying and harassment in schools.”

This statement was the promise 84 DMAE students made on Friday, April 19, 2013, for the annual Day of Silence event along with thousands of other students in schools across the nation that participated in the event.

“The Day of Silence is that one day when students realize what it is like to not be open about their orientation and I think it is really important that students share this experience,” said Christina McGrath, SPECTRUM teacher who was in charge of the Day of Silence.

SPECTRUM (Students Pledging Equality Compassion Tolerance Respect Understanding & Mercy) is a Club that aims to make the school community more tolerant and less discriminatory against peers based on their sexual orientation or gender identity/ expression.

For Day of Silence participants such as junior Christian Macias, this day was a unique experience during which he felt as if he was playing a charades game trying to communicate.

“At first I did it because it seemed fun, but as the day passed along, I really felt how just being silent can affect me and others,” Christian explained.

Although there are enthusiastic participants like Christian every year, participation in DMAE has dropped over the years.

“Comparing with the previous years, this year was different in that it was way quieter,” said Ms. McGrath. “There was no fanfare and not much advertisement. Participation has dropped throughout the years, although it was slightly better than last year due to the enthusiastic freshman class.

Ms. McGrath feels that this lack of participation is most likely due to the many leaps that the LGBT community has made on a national scale, including the approval of same sex marriage in 11 states and counting.

“Even though the LGBT community has made many gains, there should not be less consideration because I feel that our school environment is still hostile,” Ms. McGrath said.

Many students agree that this is a cause that should not be forgotten.

“I think it is a good cause since it is for people who never had anyone standing up for them,” junior Desiree Peterson said. “I would definitely do it again next year.”

To reinvigorate the cause on the DMAE campus, Ms. McGrath hopes to make the Club, SPECTRUM and the event, The Day of Silence, more active in the school community. Ultimately, her goal is to make the campus more LGBT-friendly.