TEEN PEP on Teenage Pregnancy: How to Prevent It 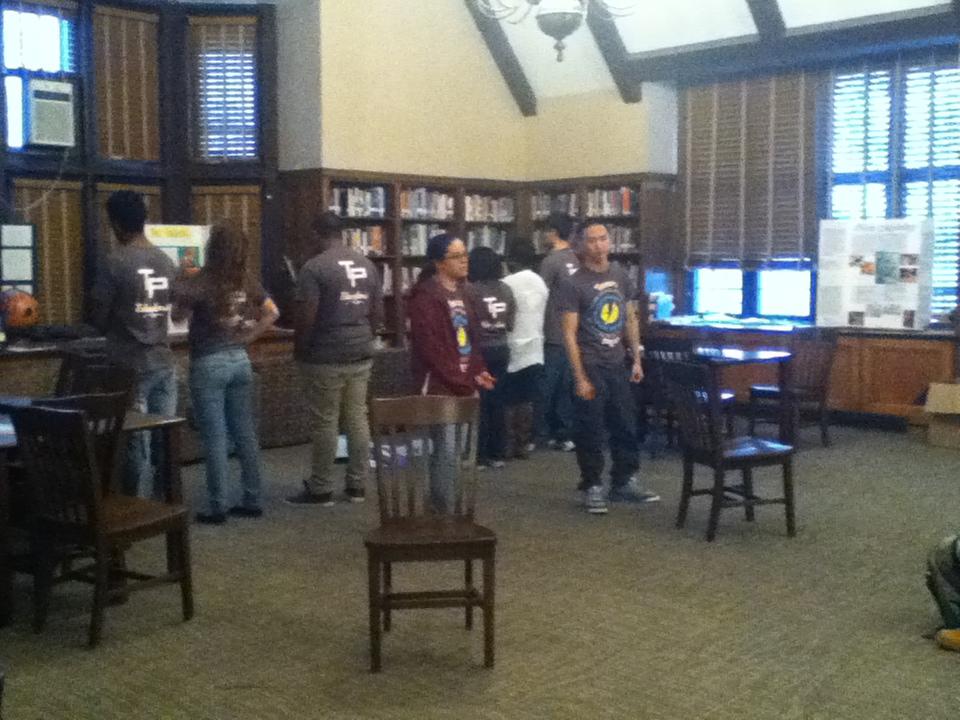 Who knew that there were so many different ways to prevent pregnancy?

As part of the once-a-month workshop tradition, the DMAE campus Teen Pep initiative organized a “Later, Baby: Pregnancy Prevention Workshop” that was held on Jan. 16, 2013, and Jan. 28, 2013. It followed the workshop called “Let’s Wait Awhile: Postponing Sexual Involvement,” which took place in December 2012.

The January workshop centered on how teenagers can take advantage of modern medical advances to prevent unwanted pregnancy.

The workshop was held in the DMAE Library where Teen Pep members presented information to freshmen students who attended these workshops during their physical education classes.

“Students really owned their parts,” said Dean Carol Bender, one of the advisors for the Teen Pep elective course. “We were just supervising; it was really the students who taught the freshmen.”

“It was a lot of research, but I learned a lot about contraceptives that I myself didn’t know about before,” junior and Teen Pep member Kevin Zheng commented. “I learned things that I can apply in my own life.”

According to statistics, 3 in 10 teen girls in the U.S. will get pregnant at least once before age 20, which amounts to about 745,000 teen pregnancies each year. Teen Pep works to combat that number through effective peer-to-peer awareness lessons.

Everything ran smoothly, even though a few Teen Pep members were out sick with the flu. Their mission, to inform students about the many contraceptives and to explain the consequences of teenage pregnancy, was a success according to Ms. Bender. She explained that one might expect awkwardness when high school students discussed topics like sex and pregnancy with younger students. The entertaining skits, however, were effective and completely different than a health class lecture on, for example, why teenagers should wait to have sex and opt for protection whenever possible.

“Although some students didn’t speak at all, most of them were really interested in learning about this completely new area of pregnancy prevention,” junior Elijah Fertil stated.

After the skits, freshmen were grouped at tables where they learned about all the different contraceptive methods including male and female condoms, the pill, abstinence, abortion, the patch, birth control shot, birth control rings as well as the Plan B (morning after pill).

Teen Pep members continued the conversation about teen pregnancy and other topics at its Family Night held Monday, April 15, 2013, in the DMAE North Building Library. Teen PEP members encouraged parents to talk to their teenage kids about sex. For more information about Teen Pep contact The ZONE.