Power of Poetry: Poetry Out Loud 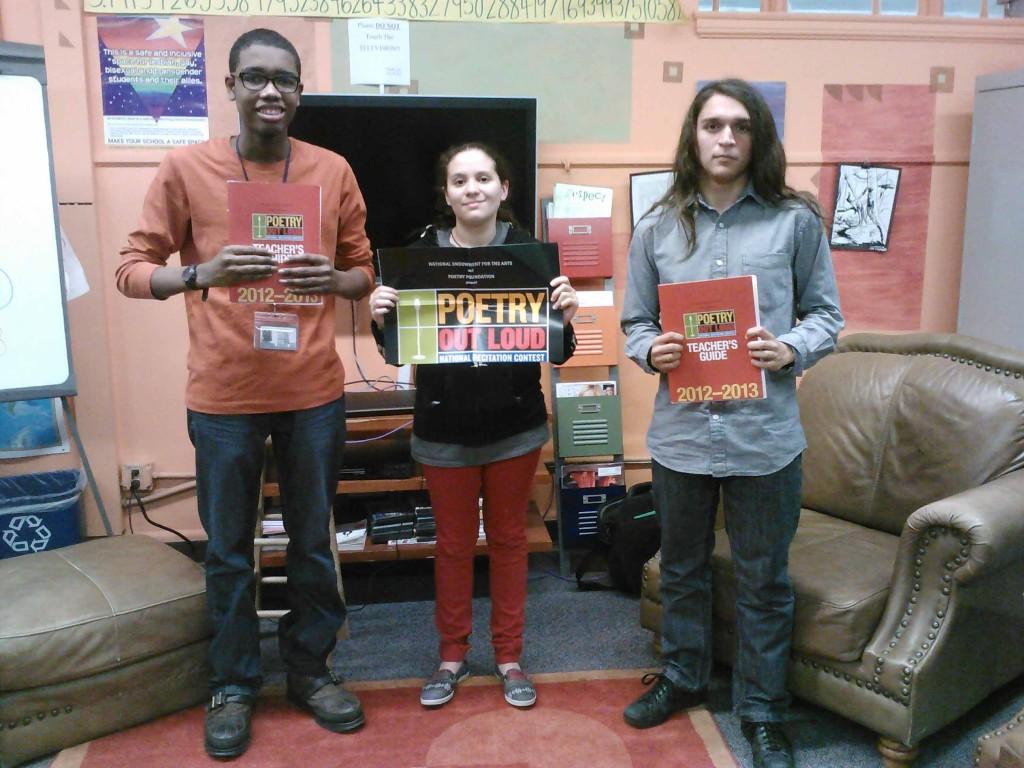 “When you write out your dream for other people to hear, you can change the world,” Poetry Out Loud facilitator Amy Eagen from The Zone said.

Poetry Out Loud is a program that encourages students to recite poems that they have created. The National Endowment for the Arts, the Poetry Foundation and State Art Agencies have formed this program to help students with public speaking, self-confidence and literary heritage.

What kind of student should join this type of event? According to junior Amber Lopez, “Anyone who has a love of poetry or performing. They can earn a sense of pride as I did,” she said. 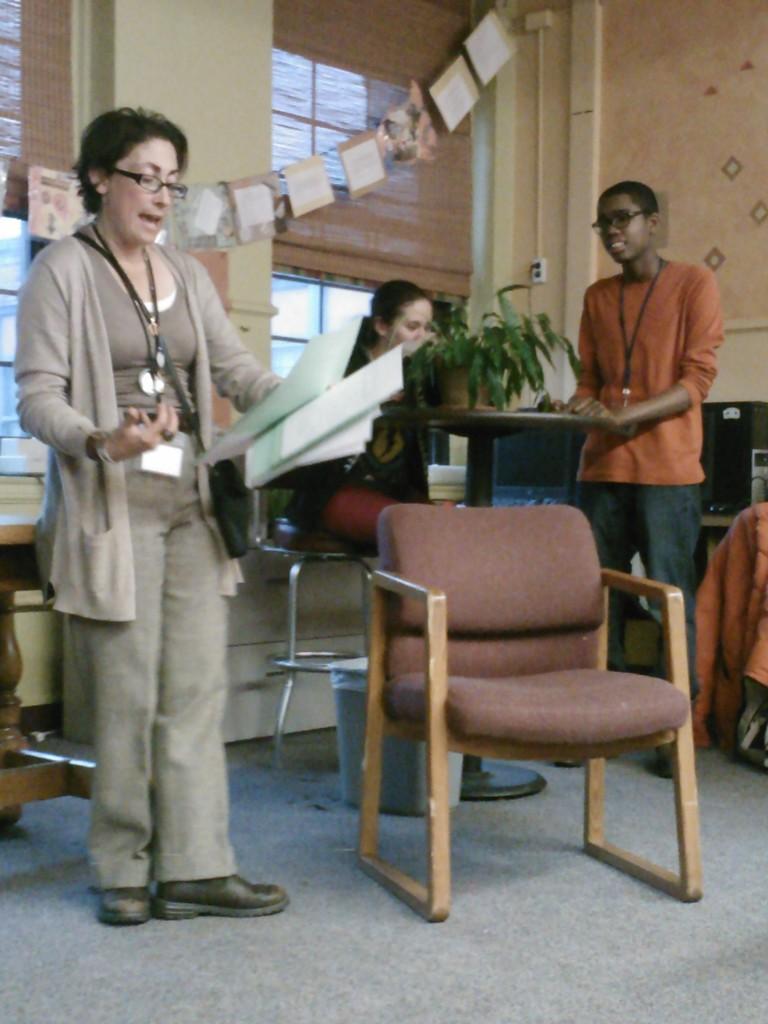 On January 16, 2013, three students from DMAE, including Amber, competed at the school level. Junior Samuel Blanco and sophomore Jeremy Carter also performed. They were judged by Zone advisors Maria Mulry and Abba Dela Cruz, as well as volunteers Ms. Eagen and Gay Jones.

At each level of the Poetry Out Loud competition, participants are judged by how actively they perform their poems. Judges then choose which students will advance past the classroom, state/regional, and finally national levels. 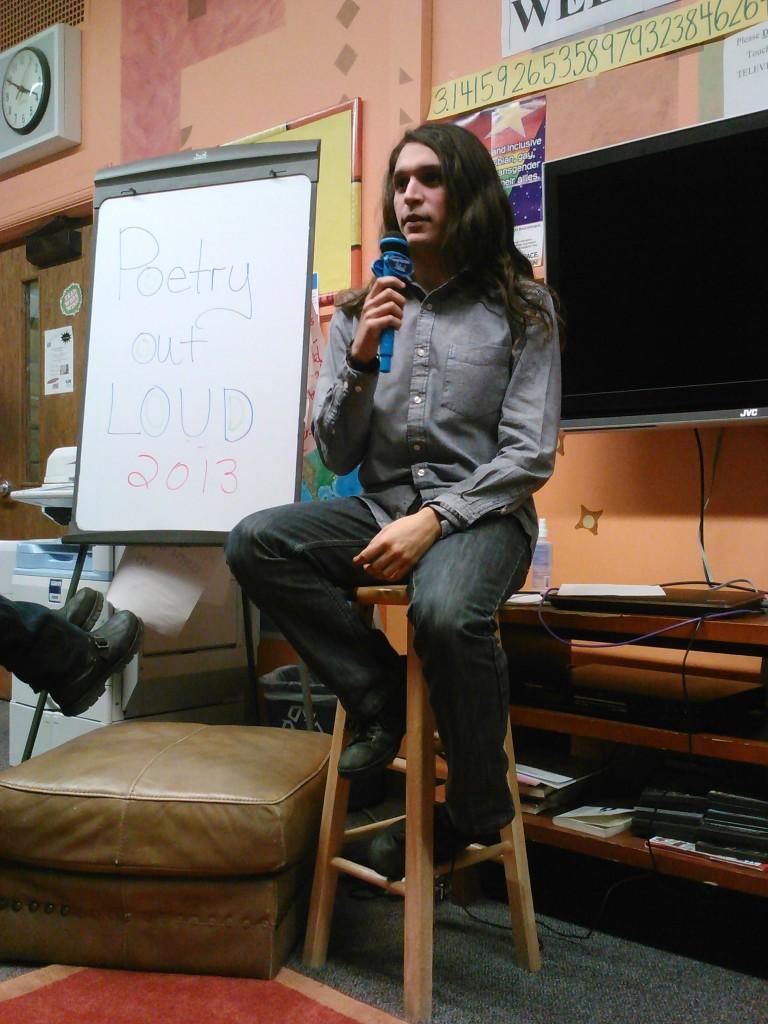 For students who are not so into performing, The Zone also offers another opportunity for them to tap into their poetic creativity: through the Dream Flag Project.

With this project, students read poems from Langston Hughes and take words from his poems, or other sources, such as song lyrics. With these sources in hand, students then have a background to write poems inspired by the phrases they most enjoyed.

“The important thing about adapting poetry is that it isn’t just a skill for poetry,” Ms. Eagen said. “It can be carried over to other fields.”

Interestingly enough, students eventually take all of their adapted poetry, laminate them, and string them together to create a “Tibetan flag” of their work as part of the Dream Flag Project.

“Tibetan flags represent peace and unity, and we always create our own,” Ms. Eagen said.

For the past three years, students have participated in bringing a symbolic Tibetan flag to the Dream Flag Celebration down in the Philadelphia Convention Center. This year, students will be going to this celebration in the beginning of May to display their Tibetan flag and admire the flag creations of other schools.