The Phenomenon of Science 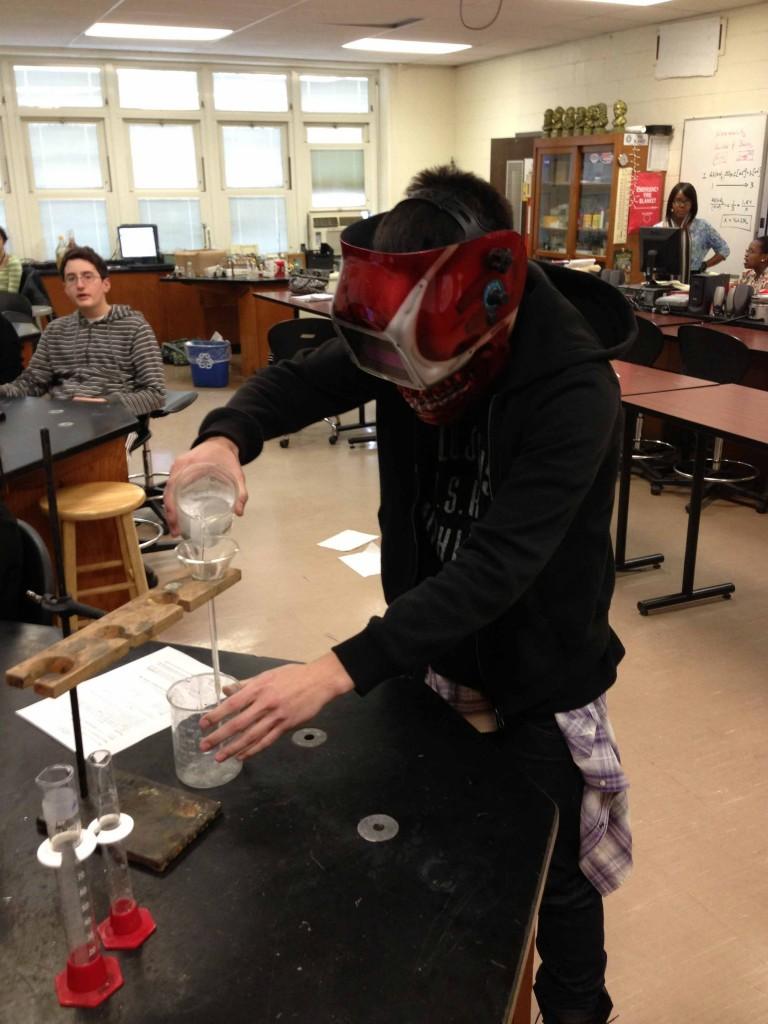 Forensics is a field that incorporates a range of sciences such as biology, chemistry, and physics, to answer questions related to matters such as crime. This branch of science has been around for centuries, dating back to ancient China in the 13th Century. With popular shows such as CSI and Law and Order, it is no surprise that Forensics is a popular DMAE elective.

Science teachers James Signorelli and Moheb Mechail both teach the Forensics Science elective, in pretty much the same way. Ultimately, what is beneficial about this course is that students are exposed to a variety of sciences.

“Forensics is important to learn because it connects the science practices taught in the classroom with real life applications,” Mr. Mechail said.

Forensic science plays a pivotal role in today’s society especially in criminal justice. That is why some of the labs students conduct in this class were created to determine whether or not someone who is convicted of a crime is innocent or guilty.

“When you’re in forensics you work for the victim, not for the state or the court,” explained Mr. Signorelli. “And what you find is mainly used to determine guilt, or sometimes to make sure you do not arrest the innocent,” he added.

All data found in a crime scene is substantial. Evidence as small as one strain of hair could turn an entire case around. Even fingerprints can cause a stir because a fingerprint contains the unique individual’s DNA. 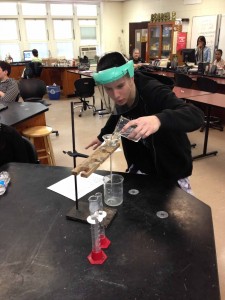 What is unique about this course is that students get hands-on experience via their assignments to do what the actors do on the crime shows: conduct investigative labs, such as the one pictured with Ian Maury-Jorge in protective gear.

“I loved doing the ballistic lab because there was much to learn,” said freshman Janice Wang. “I never realized how much detail goes into just one bullet.”

By the end of the semester, students gain extensive knowledge from the12 labs they complete on such things as fingerprints, fiber analysis, chromatography, DNA extraction, and ballistic analysis.

Considering the tremendous amount of information about forensics, it is no surprise that a large numbers of students continue to choose this elective and in the process, understand the world from a different perspective.