Beauty and the Beast TV Review 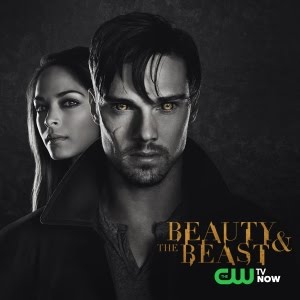 After the main character Catherine witnesses her mother get killed and has her life saved by an “animal,” we fast forward a few years into the future. Catherine is a homicide detective living in the city completely focused on work and no luck with guys. She ends up meeting this “animal” that saved her life years ago, who turns out to be a human named Vincent. Vincent faked his own death and lives in hiding because there is a group of people out to kill him. When Vincent was in war, this group altered his DNA to make him superhuman, and now when rage sparks inside him, he turns into a ‘beast.’ As it turns out, that group consists of the same people who killed Catherine’s mother years ago.

But haven’t we all heard this before? Is it just the same old story in a different setting? Well let’s even take the name into account. The show is called Beauty and the Beast, taking after the classic Disney movie. It is no surprise that this seems to be the classic love story of a damsel in distress. Catherine, just like Belle, comes off as a very independent and strong-minded woman. However as Belle let her guard down to the Beast, she found herself needing him; the same is true with Catherine and her own beast Vincent. The difference is we don’t know where this is going or if it will end the same. So maybe we haven’t quite heard this story yet.

After a strange encounter and an unlikely friendship, Vincent and Catherine pair up. The problem becomes now that Catherine knows Vincent exists, she is putting both of them in danger by associating with him. As if that wasn’t enough, the audience has to deal with the obvious romantic connection between Catherine and Vincent although nothing has happened between them. Honestly it’s frustrating waiting for something to happen between the two. Yet, the two actors have so much chemistry together that I find myself yelling at the television screen for something to happen but don’t dare to change the channel.

Each episode has left me speechless and wanting more. Between trying to figure out the homicide case Catherine is dealing with in each episode, hoping Vincent is kept a secret and the love affair that the audience is itching for to happen; this show is an emotional rollercoaster for one hour each week. The CW has once again wow’ed me. Every episode has me on the edge of my seat, waiting to see what crazy mess Vincent and Catherine end up getting themselves into. Although it is the same repetitive situation weekly: Catherine gets a homicide case, Vincent tries to help and almost gets caught, and Catherine and Vincent come close to a romantic moment but lost it at the next second; it still keeps me glued to the television screen wanting more. Tune in to watch Beauty and the Beast on the CW when it returns on Thursday January 24th at 9pm.