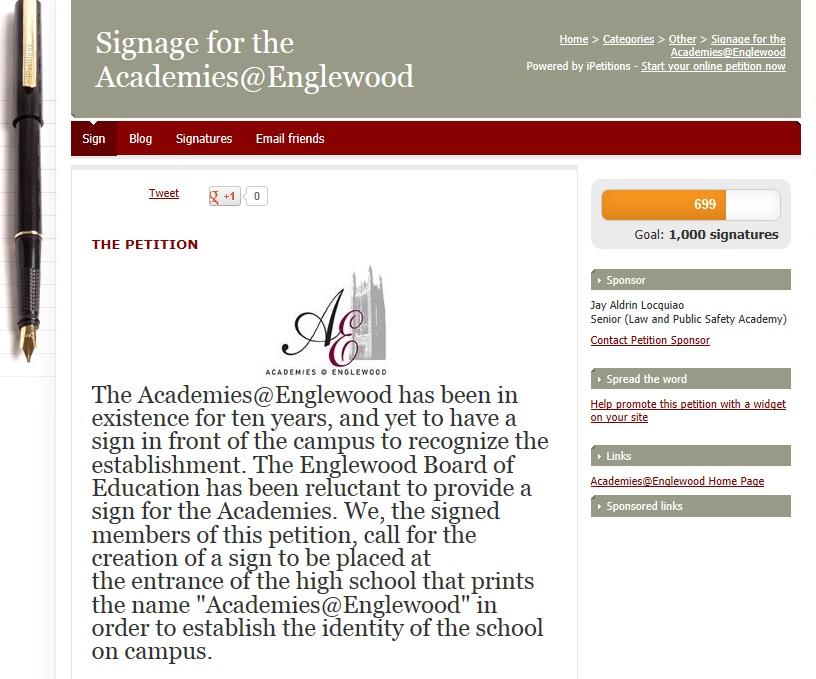 The [email protected] 10th anniversary celebration was the scene of more than just alumni reuniting and having fun. It was the place where AE senior Jay Locquiao first started formulating a plan to get a sign for the [email protected] on the campus entrance. However, the Englewood Board of Education has been reluctant to provide this sign.

“I knew about this situation since the first day I ever came to the school,” Jay said. “But at this year’s 10th anniversary I got a chance to meet some alumni and I just felt the pride they took in our school. I felt like their hard work needed to be recognized.”

Recognizing the [email protected] as a separate entity from Dwight Morrow High School has been a seven-year debate among the Board of Education members. Most of the controversy had to do with the litigation over the years, especially when the school was founded. There was a New Jersey Supreme Court case that ruled that there cannot be two high schools on one campus, so the [email protected] is referred to as a program of Dwight Morrow High School, rather than a separate high school.

According to the Board President, Stephen Brown, and Board Vice-President, Henry Pruitt III, most of the Board is in favor of having a sign recognizing the Academies.

“The issue is very simple. Of course there should be a sign acknowledging the [email protected],” Mr. Brown said.

Mr. Pruitt agreed. “I am hoping that we can finally do something this year,” Mr.Pruitt said. “We tried a few times in the past and it would be nice to get it done.”

If the majority of the Board is in favor of a sign for the Academies, then where is it? Mr. Brown claimed that it was because of an issue at the start of the school when the Board was deciding whether or not it should get a new sign for both schools because the sign would cost $15,000.

According to Mr. Brown, the Board “had been debating about this issue for a 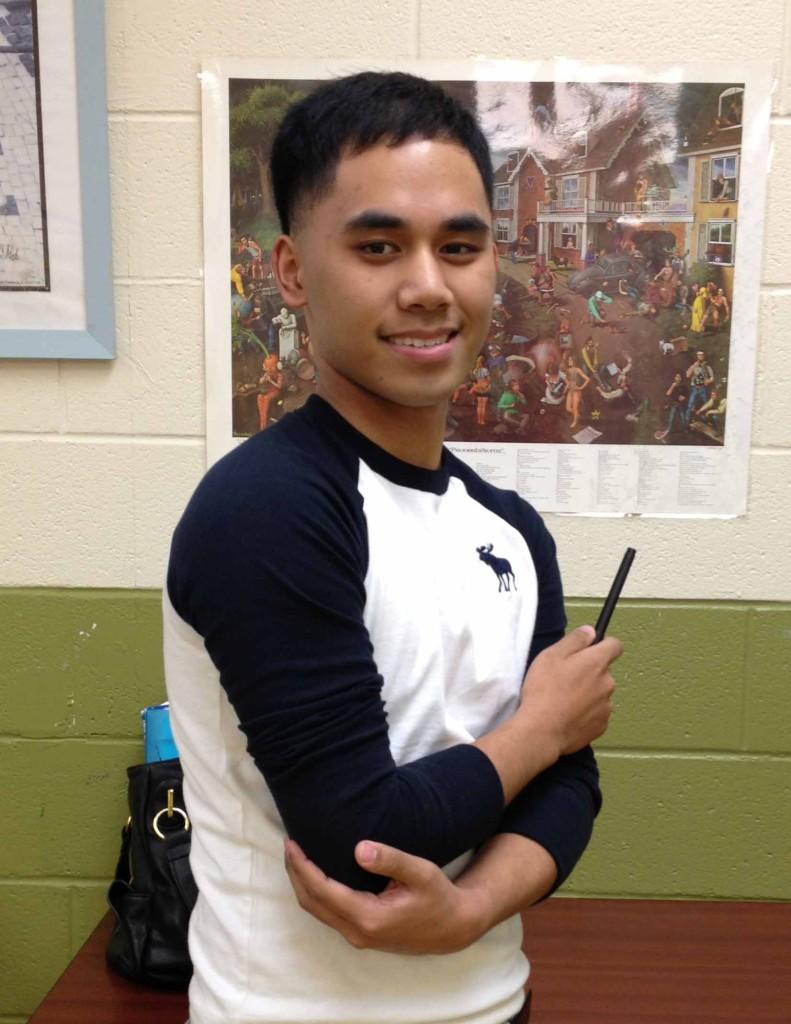 long time and it was just never approved.”

The fact that the Board is in favor of a sign is not enough for Jay, who wants more than just words of approval.

“If the Board is all for it where is the sign 10 years later?” Jay said. “The school has produced very successful students over the years, and it is necessary and proper to acknowledge the [email protected] for what it has done for everyone in the Academy family: students, teachers, and parents.”

Administrators are also in favor of the sign. Superintendent Donald Carlisle supported the request for an [email protected] sign right from the start when he met with students and found out their concerns. Academies Supervisor Gordana Picinich is a long-time advocate.

“A sign recognizing the presence of the Academies @ Englewood on the campus of Dwight Morrow High School is long overdue, and the petition is an effective tool for the voices of many to be heard,” Academies Supervisor Gordana Picinich said.

In an effort to compel the Englewood Board of Education into making a decision, Jay started an online student petition for the sign.

The petition states: “The [email protected] has been in existence for 10 years, and has yet to have a sign in front of the campus to recognize the establishment. The Englewood Board of Education has been reluctant to provide a sign for the Academies. We call for the creation of a sign to be placed at the entrance of the high school that prints the name ‘Academies @ Englewood’ in order to establish the identity of the school on campus.”

“I understand and support the necessity of distinguishing the name of the [email protected], but I get that it’s more of a political issue to the school administrators,” alumni Diane Lee said.

“I think that a sign would help create an identity for the students at the Academies,” said a teacher who did not wish to be named. “Providing the students with an identity on the campus will ultimately create a better environment for everyone,” the teacher added.

Jay is hoping to reach 1,000 signatures before he brings the subject up again to the Board of Education. As of now 696 people have signed the petition in favor of the [email protected] sign, more than halfway to the goal. The amount of time before the matter will be brought up to the Board of Education is uncertain, but Jay does not plan on giving up. If successful, the [email protected] sign would be another way in which Jay, who was the founder of the 9/11 Assembly, would leave something behind for the DMAE community to take pride.