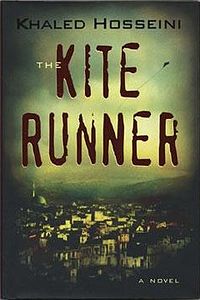 Although The Kite Runner by Khaled Hosseini was one of the only books I’ve read in the past six months, it was definitely the best piece I’ve touched since as long as I can remember. In fact, I enjoyed it so much, I began reading just for pleasure every once in a while.

Hosseini did a tremendous job of keeping me engaged, but more importantly making me relate to touchy subjects, like friendship, morality, loyalty and redemption. He developed interesting characters, a suspenseful story and exclusive insight on the situation that has gone on in Afghanistan for years now.

The novel can be approached in a number of different ways.

It can be seen as a cultural story that provides information on the Afghan society that has sparked interest in Americans over the past decade or so. And it does a great job of doing so.

However, it could more effectively be approached as a story about compassion and morality, with universal themes that everybody can relate to, even me.

The main character, Amir, grew up as a part of the top tier of Afghan society. This meant that he had servants and certain societal privileges.  It also meant that at times he had to deal with unpleasant situations, and his decision-making skills and morality were put to the test repeatedly. The build up led to one difficult decision he made that chased him for years after.  I sympathized with him, but I also hated him for the choice he made.

In the story Amir’s best friend Ali, who happened to also be his servant, was raped and Amir could have stopped it. Instead, Amir watched while his best friend was raped in an alleyway. Afterward, Amir could no longer look Ali in the eye due to his horrible guilt. Amir did just about everything to convince his father to disown the servant and his family, who lived in adjoining quarters, rather than deal with his guilt.

But his father refused to let Ali go; he even forgave Ali after Amir made it seem like Ali stole money from them. By then, Ali was so ashamed that he packed up and left, despite Amir’s father’s urging to stay. Even though I have never made a bad situation worse as Amir did, I related to this because I understood how Amir was tormented by his guilt.

Soon after these things happened, war broke out in Afghanistan. Amir and his father first escaped to Pakistan, and from there they flew to California. Although free from violence, they lived a tough life in America – Amir’s father went from a rich, respected man, to one who pumped gas for long hours and sold used items at the flea market.

For many years, and even after his father’s death and his marriage, Amir was forced to live with the one crucial decision he made – the decision not to take action during the rape, when his action was needed the most. Perhaps he would be given the opportunity to make up for his mistake; but he was a coward before, what would he do this time? I liked how the author developed episodes of Amir’s guilt because it made Amir’s character seem so real.

Despite the cultural differences, I was effortlessly able to relate to Amir and the rest of the characters in The Kite Runner and found it nearly impossible to put this book down. I highly recommend this book to any reader – even one who hasn’t read anything in a while. It has the power to reignite your interest in reading.