A Day Commemorating the Pink Ribbons 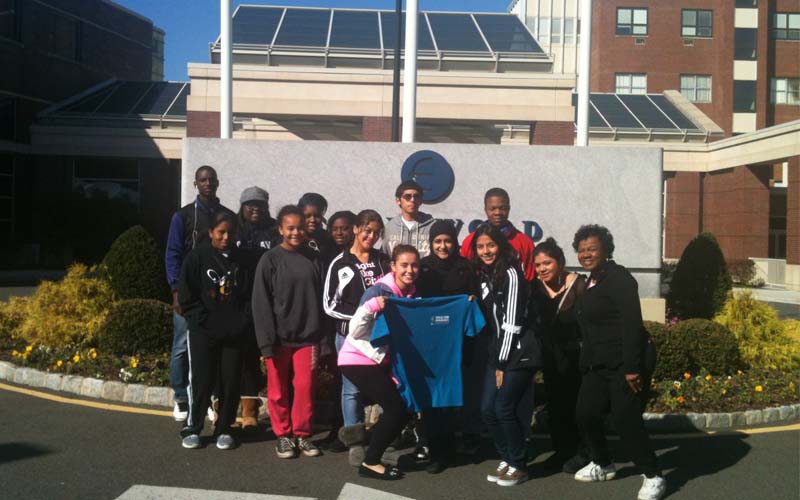 This year, in support of the 2.9 million breast cancer survivors in the United States who are afflicted with the second leading cause of death in women, students and faculty on the DMAE campus wore pink and blue. They wore the iconic pink ribbon complemented by their pink shirt and blue jeans attire on Friday, Oct. 19, 2012.

“The purpose of the event was to bring awareness and unity in the school,” event organizer Glenda Frasier-McGee said. “We were also able to raise money that we donated to the Englewood Hospital and American Cancer Society.”

Teachers gave $5 to have the privilege to wear jeans and students and faculty alike made donations in the donation jar in the common area. Their contributions allowed the DMAE campus to raise $420, helping to make the medical bills many breast cancer patients struggle to pay more affordable. 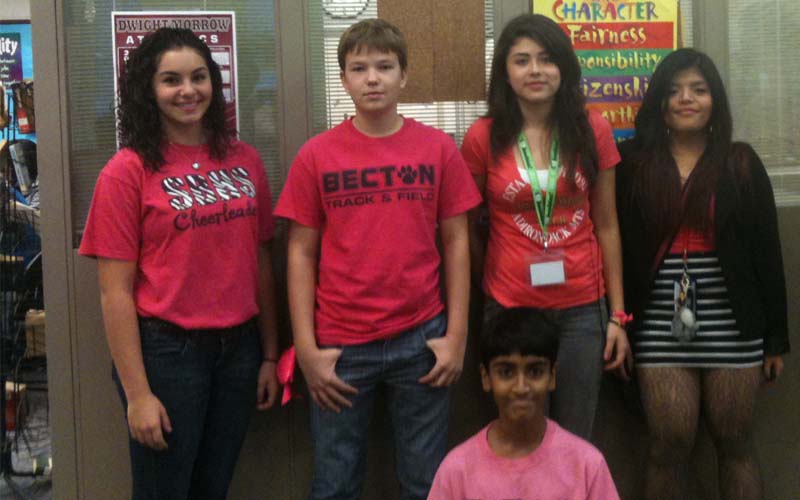 “Saving lives is what I am all about,” Ms. Frasier emphasized. “I have been involved in spreading breast cancer awareness for nearly 10 years.”

Since the time former Englewood mayor Paul T. Fader’s wife took the initiative to hold a walk-a-thon in the city after being diagnosed herself with breast cancer, Ms. Frasier has been working with the American Cancer Society to bring inspiration to others.

This year’s walkathon was held on Sunday, Oct. 21, 2012, when approximately 30 students attended, representing DMAE. Before they embarked on their three-hour long walk, Ms. Frasier and the students volunteered at the Englewood hospital by helping set up tables and serve refreshments.

Some students were there just to show support while others had a more personal experience with breast cancer. Junior Diana Velasquez was inspired to go help out since her aunts were afflicted with breast cancer. She was motivated by the knowledge that she too will have to get checked some time in the future.

Besides the walkathon that promoted breast cancer awareness, Coach Harris’ football team showed support during their game that Sunday by wearing something pink and symbolic. Coach Harris, the advisor of Interact Club, who also played a role in arranging Pink Out Day, felt it was great that the school embraced the event.

“I was inspired to partake in this event because men are also affected by breast cancer,” Coach Harris commented.

Coach Harris, however, hopes that awareness for breast cancer doesn’t just remain a one month thing and that people get involved in it year round.